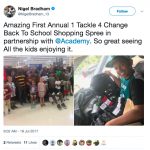 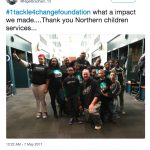 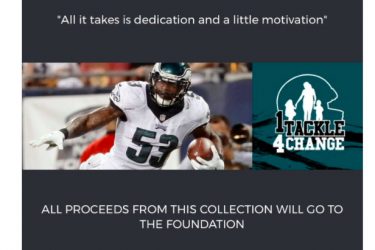 Nigel Bradham’s girlfriend became involved in an altercation in Miami back in 2016.  Many news and media outlets covered the story when it happened in July of 2016. The known facts are clear. A 50 year-old hotel employee received minor injuries from Nigel. However, this story contains a handful of subtleties. Based on the accounts of Bradham, the hotel employee, and other news reporters’ accounts, the story shifts. The hotel employee is Jean Courtois. We can convey both narratives told by Courtois and told by Bradham. The reader can then attempt to interpret what happened.

Before we go much further, we should admit that idenfitying who Nigel Bradham’s girlfriend is, has been an effort in futility.  And, respecting the great lengths they’ve gone to conceal this much, we will respect it.  That said, we can relay the rest of the story.

By Courtois’ account, Nigel struck Courtois after he became impatient. Nigel Bradham’s girlfriend accompanied him and a small party to an outdoor area of a hotel in Miami. That much is very certain. Then, they asked to set up a table at the front of the restaurant. Since it’s not allowed in the front, Courtois told Bradham and his party he must set up the chairs and table in the back. According to CBS Sports, they then argued about the time it took to set up the umbrella for the seating. According to NJ.com, Courtois asked his manager to get a drill to fix the umbrella. After the manager left for the drill, Bradham struck Courtois. That is the account Courtois gave.

By Bradham’s account, this is true. However Courtois allegedly struck Nigel Bradham’s girlfriend first. Furthermore, Jeff McLane, a reporter for The Philadelphia Inquirer, says Courtois attempted to hit Bradham, missed, and hit his girlfriend. According to Les Bowen of the Philadelphia Daily News said multiple people shoved and argued with Courtois. So according to this, the scuffle escalated between the entire party and Courtois. All of this over a speedy umbrella assembly!

Howard Eskin, sports reporter for Philadelphia 94 WIP also reports Nigel Bradham’s girlfriend has a mother who is a detective! The girlfriend’s mother confirmed Bradham’s account. Of course, why wouldn’t she? However, Courtois is a 50 year-old who weighs 160 pounds. What would provoke him to attack a 240-pound linebacker? The exact details and sequence of events of the altercation are murky. Regardless, it makes sense that if Nigel Bradham’s girlfriend was struck, he would defend her. Even if Courtois tried to hit Bradham and missed, cause for retaliation adds up. Nothing came of the incident. Additionally, unlucky Bradham accidentally left a loaded gun in his luggage at an airport a few months later in October, 2016. Bradham possesses a license to carry. According to TMZ Sports, he simply forgot he left it in the bag. It was a tough 2016!

2017 has proven much, much better for the big man.  Besides the Eagles taking flight, he has become a noted member of the charitable community.  One look at his Twitter account confirms that he’s consistently, and deeply involved in giving back to those around him.  As they’ve never let on who his girlfriend is, we might as well show you the efforts to give back in the images.  Seems like a really good dude, overall.