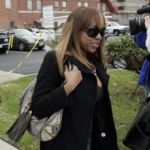 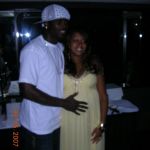 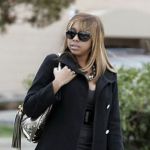 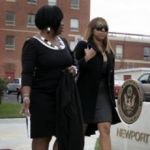 After years of dating, which included an overlapping year while Vick served time for the whole dog-fighting fiasco, the couple officially married in 2012. Michael Vick’s girlfriend officially became Michael Vick’s wife at Fontainebleau Miami Beach as previously reported. The garish wedding took place long after the prison stint and subsequent financial challenges. Vick cleared bankruptcy during an excellent run with the Eagles and was able to lavish his success on his new bride.

The couple took over the hotel, and offered their guests private poolside concerts from Flo Rida, Maroon 5, and Gymclass Heroes. Among guests were are many of Vick’s teammates including DeSean Jackson and LeSean McCoy, coach Andy Reid, and NFL assigned mentor Tony Dungy.

Through everything Vick went through, Kijafah was there and stayed by his side. Frink was born in 1981 in Philadelphia, PA and stayed in their home in Suffolk, VA during his incarceration which just so happened to have been one of his last remaining assets following his declaration for bankruptcy. During this time, Frink was the sole caretaker for their two daughters, Jada and London. The couple has since had a third child, this time a son, Mitez Vick.

As if you need further evidence of Frink’s support, I submit this: Frink owned and ran a support site, iSupport7.com which helped bring people together to support Vick during his lockup. She was also one of the few people Vick requested be on hand on May 20, 2009 when he was released from jail, where she helped him dodge press, fans and protestors and escape to a nearby hotel. 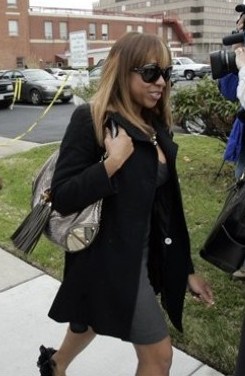