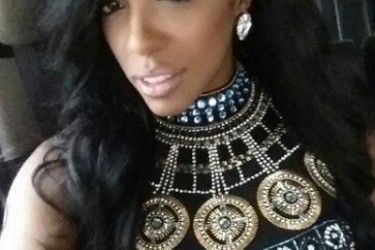 Get ready for some classic “uneek” first names: LeSean and Porsha. That’s right, German sports cars be damned! I’m talking about LeSean McCoy’s girlfriend Porsha Williams. Porsha is best known as Kordell Stewart’s ex-wife. Now she is known for going to clubs with LaSean and kissing him in public. You can not escape the public eye, you can only hope to….contain it?

There’s quite a weird little tale about Porsha’s divorce with Kordell. At the time of their divorce, Porsha was a star on the show Real Housewives of Atlanta. By the way, Real Housewives is not on the BBC’s list of approved educational and enriching programs. Porsha and Kordell had been having problems in the marriage, but Porsha decided she’d stick with it because Kordell told her he’d work on the marriage and try to work out whatever problems they were having. Then, Porsha found out on the internet that Kordell had filed for divorce before he even got around to telling her. Ouch! They had a prenuptial agreement already in place ‘cuz Mama din’nt raise no fool mmhmmm! I get a kick out of the comments under the news of Stewart divorcing Porsha: “He sucked at football and he sucks at marriage.” Touché.

Now Porsha is once again cruising the autobahn of love, and LeSean is her co-pilot. LaSean McCoy definitely doesn’t suck at football too. Last year he recorded 1607 rushing yards, a career-high for him. His new girlfriend Porsha will probably not want to televise their wedding if they get to that point. Again, that was another weird thing that her and Kordell did. The television show was called “Platinum Weddings.” Portions of the show are viewable on Youtube. I have watched them, and I implore you not to. The whole thing is soundtracked by the most nauseating R&B music you have ever heard, and the entire production radiates a glossy superficiality. For a dude that spent like a jillion dollars on a wedding, the prenup was the real money move. 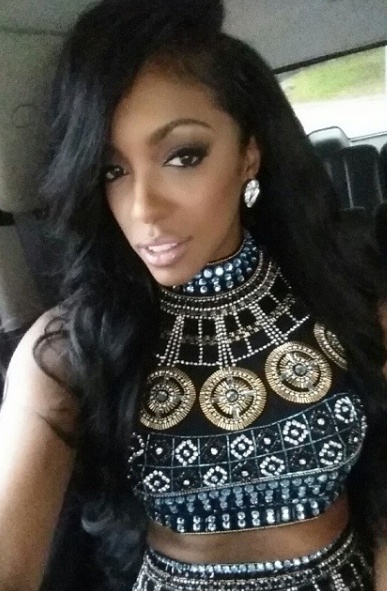