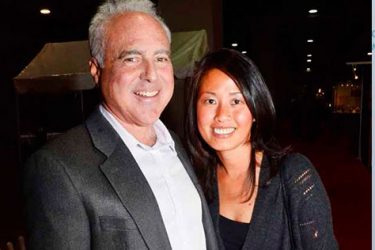 You see, Jeff Lurie’s ex-wife Christina Weiss Lurie, was in the picture for a while.  Jeffrey and Christina were married from 1992 – 2012.  The couple had two children together, a son and a daughter.  They announced the divorce early in 2012, which was finalized in August.  As part of their divorce settlement, Christina received a “sizable” stake in the Philadelphia Eagles team.

Embed from Getty Images
As for her role with the Eagles, Christina focuses her time on giving back.  She’s a huge advocate for the Eagles Go Green Campaign, while also working with their children’s charity.

So, Jeffrey Lurie divorced his wife of 20 years.  No big deal. It happens.  But, less than 8 months later he remarries.  Jeffrey Lurie’s wife Tina Lai officially took the title of Mrs. Lurie on May 4, 2013.  Philly Mag explains it all:

Fabulously wealthy Eagles owner Jeffrey Lurie got married over the weekend. And if you’re thinking, “Gee, that sure looks like the girl who seated me at Vietnam the last time I was there,” that’s because it was her.

The new Mrs. Lurie is Tina Lai, 39, sister of Benny Lai, who owns Vietnam in Chinatown and West Philadelphia’s Vietnam Cafe, Fu Wah Deli and the underrated Grill Fish. She was frequently found behind the register at the deli, although I’m guessing she’ll be spending much more time in this lovely little home. Jeffrey Lurie, who divorced wife Christina in 2012, is 61-years-old and ranked 1,075 on the Forbes Billionaires list.

The couple married in a private ceremony, with a limited guest list.  Lurie released a short statement in part saying:  “I am happy and excited as Tina and I begin our lives together”.
Embed from Getty Images

The Eagles are in a position to win their first Super Bowl in 2018.  With Jeffrey Lurie’s ex-wife and Jeffrey Lurie’s wife still actively involved in both the team and his life, both have potential to celebrate.  There’s absolutely no indication of bad blood between these two.  But, if we’re being honest, a shower of green and white confetti has the ability to cleanse any lingering hostility.  Keep an eye on that post-game to see for yourself. 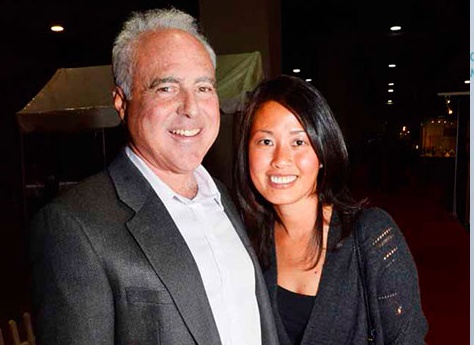