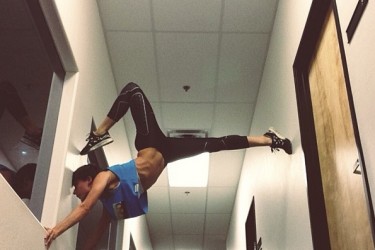 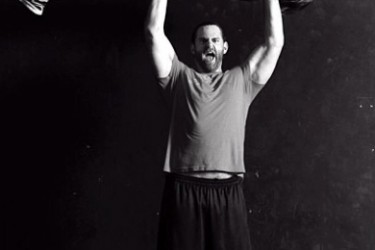 When you are in the zone, you are in The Zone. Evan Mathis’ wife Katie Mathis works at Evan’s hardcore fitness and training facility, simply called The Zone. Have a look at their site if you’re in the Phoenix/Scottsdale area. I’m not aficionado, but it looks like some kind of high-tech Avengers headquarters where they test out how many inches of steel the Hulk can bend or how many concrete walls Captain America’s shield can be thrown through. It’s pretty awesome.

Katie is just about the most in-shape woman I’ve ever seen. She’s really scary and intimidating for a normal dude, but being the girlfriend of Evan Mathis is a bit different since Evan himself is a hulking beast. Evan is one of the very best guards in the NFL. He was named both a Pro-Bowler and a first team All-Pro for his 2013 season, and of course it’s hard to quantify his value since his position dictates that he battering rams through defense and protects his quarterback and running backs. Suffice to say he does a good job of it.

Let’s get back to Evan’s girlfriend Katie for a second, though. Katie’s hard to pin down. She’s clearly got a beautiful face. She’s obviously very bright and funny, but again, the thing that really jumps out at you when you look through her Instagram is the tremendous level of dedication she gives to working the hell out. I mean, we’ve seen a lot of athlete wives who like to get really really skinny in the gym and maybe get a little toned, but this woman goes way beyond that. I definitely believe her when she says she can help you work out. She’s also got this weird kind of creepy boyish vibe– exhibit A is the photo of her pretending to take a whiz like a man with a Calvinesque (from Calvin & Hobbes) look on her face. I like her viewpoint on how everyone has their own idea about what their perfect body is. One of the prerequisites for her seems to be zero body fat and visible, veiny, ripped muscles. 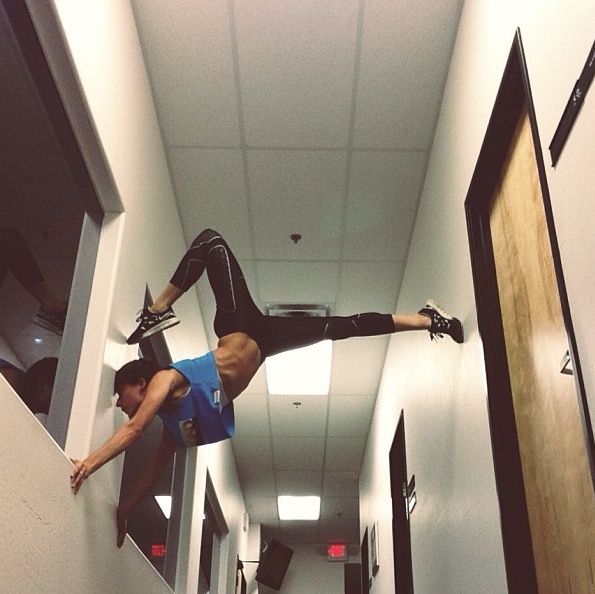