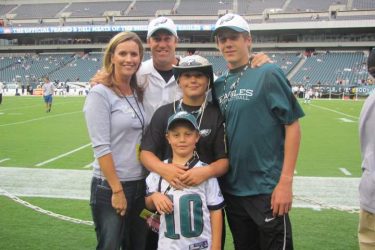 Doug Pederson’s wife Jeannie Pederson met him on a blind date. That means someone set them up. I wish I could tell you who that is because the notion of setting two people up on a blind date is fascinating to me. It’s like playing God (or maybe just Cupid). Anyway, they went to a pizzeria in Louisiana around 1990. They were married in 1991. Jeannie was actually still a senior in high school while Doug was a freshman in college. I don’t think that’s such a big deal. If he was a college senior, it would have been a huge deal for her. In fact, here’s a quote from Jeannie: “I had a boyfriend, but, you know, Doug was a quarterback and all that, and I figured I’d take a look. He was very nice and polite, and we hit it off. Plus, he was tall so I could wear heels when I was out with him.”

Ladies and gentlemen, what you just read it is a grand example of human psychology at work. Young Woman A seeks cool life mate. Current life mate is merely adequate, but Young Woman A knows there are many other options. Note, Doug Pederson’s wife recognized the potential coolness of dating a college quarterback and decided she’d jump ship if their personalities aligned. Done deal, people! Welcome to the wonderful world of being a sports wife! I hope you like football and not being with your new life mate for vast stretches of time. It wasn’t entirely like that at the start, of course. That’s simply what it becomes after college. Jeannie was actually a basketball player in college, and she got a degree in nursing in case the relationship fell through.

Anyway, the Pederson’s ended up having three boys named Joel, Josh, and Drew. Drew’s the eldest and plays backup quarterback at Samford. At one point in the early days of their marriage, Doug actually moved to Europe to play football for some team in Germany. She stayed in the States to finish her nursing her degree. Can you imagine that? Your wife is going to say in America to get a degree in nursing that she’ll end up never using at all, and you go to Germany to play American football. Sorry, but that sounds rough. Well, none of those planned panned out, and now the guy’s a pro coach for the Eagles. Doug Pederson’s wife is no longer the girlfriend of the college quarterback. She’s the wife of the pro coach. 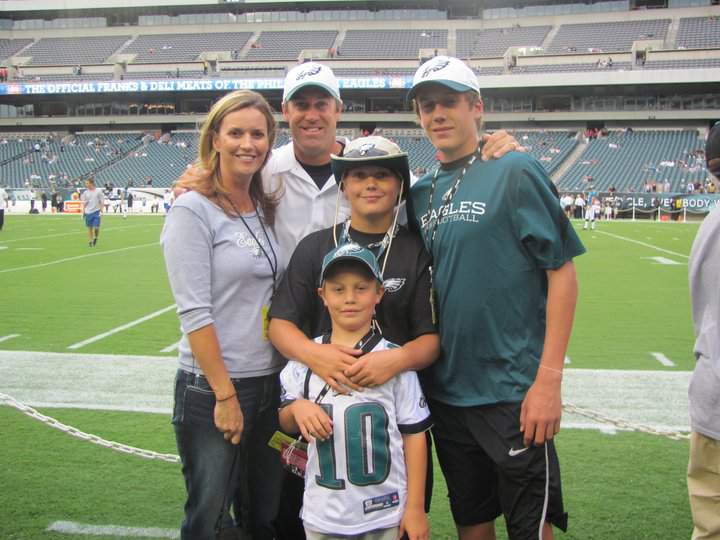