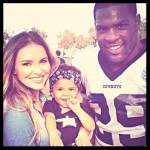 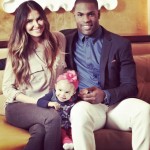 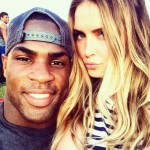 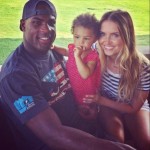 DeMarco Murray’s wife Heidi Mueller is no stranger to the spotlight. Mueller is an actress, who starred in the soap opera, Passions has spent her twenties between the midday and evening news. After taking a break from the biz, she took up with the NFL’s leading rusher in 2012. After more than a year together, Murray’s then girlfriend gave birth to the couple’s first child, Savannah June Murray, on June 20, 2013.

Being used to the public eye likely makes it easier to embrace the life associated with dating a professional athlete. And Mueller makes no secret of her love and support for her boyfriend on Twitter and Instagtam. Hell, her bio alone spells it out:

In a cursory and admittedly not-even-a-little-bit scientific review of her tweeting pattern, her 10 most recent Tweets are comprised of seven tweets about DeMarco, two tweets about Savannah (or at least about watching Doc McStuffins), and one about living through an intense earthquake. That’s a woman that loves her family. Nothing but respect from us.

Heidi Mueller has dated in the public eye before, having spent two years with the far cooler Lawrence brother, Matthew Lawrence (and anyone that challenges that assertion is a dummy who doesn’t respect the cultural impact of Boy Meets World). The two were engaged, but called it off in 2006. 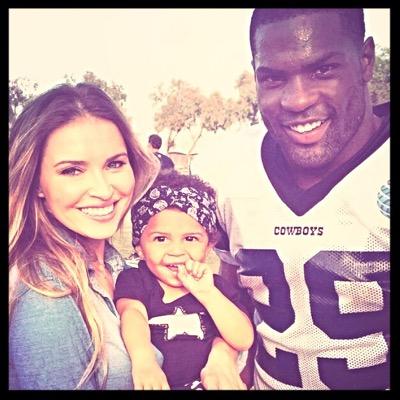