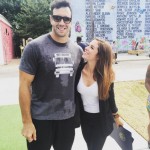 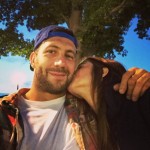 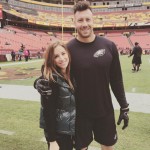 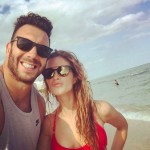 Connor Barwin’s girlfriend Laura Buscher is a beautiful young brunette who was last featured in one of those hometown articles in Philly Mag about a bar opening. The bar opened in the Loft District of Philadelphia, and Connor and Laura were on hand to check it out but also because a fundraiser was also going on to support the 3-mile rail park site. For those of you who don’t know, a rail park is when you take a former elevated train line and turn it into a walking and running park (it’s awesome).

Former President Bill Clinton also had the honor of meeting Connor Barwin’s girlfriend Laura Buscher back in 2014. Yes, you could also say that she had that honor, but Bill would insist the honor was all his so we’ll go with that. Yes, In November of 2014 Connor ran into Billy and gave him a Connor Barwin jersey. CrossingBroad.com suspects that they ran into each other after attending a fundraiser in Lawrenceville, New Jersey in order to support a local assemblywoman named Bonnie Watson Coleman. I’m struggling to see this connection since Connor and Laura have no ties to New Jersey other than general proximity to Philly, and are both from the Detroit area. In fact, Connor apparently met Laura when he was twelve years old. This all happened around the time VICE Sports made a mini-documentary about Connor’s attempts to restore a park in Philadelphia. He tried to say he wasn’t a hipster, but Laura was quoted as saying, “All hipsters say they’re not hipsters.” I’ve heard that logic before and always wondered about it since I will openly say that I am a hipster– so does that mean I’m not? Do I only say that since I’m aware of the reverse logic?

There was actually a large fundraising concert that Connor organized in order to raise money for the park restoration. Connor Barwin’s girlfriend acted as a warm-up audience when he was reciting a speech for the benefit concert. She was sitting on the couch listening to him practice, and it was pretty odd because he had a pre-packaged line about someone in the audience “really enjoying this,” but there was no audience. Connor managed to get Kurt Vile to play at the benefit concert, and Kurt said “we might be awesome, and it might be a charming train wreck” and snapped his fingers like the quirky rocker that he is. Laura was there for all of it, meeting and greeting people and being her dazzling self. 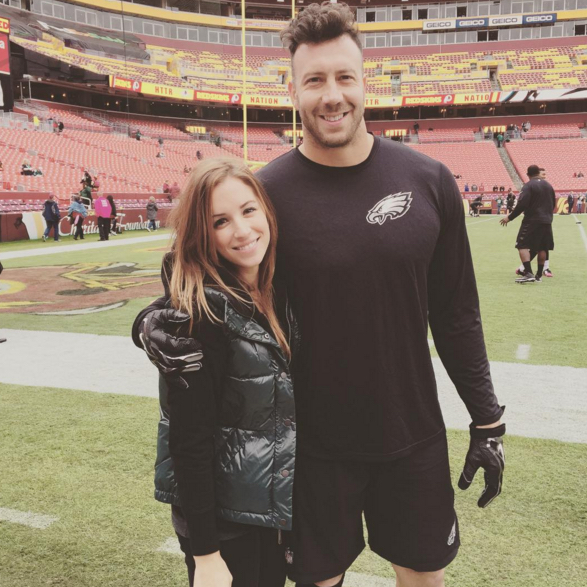