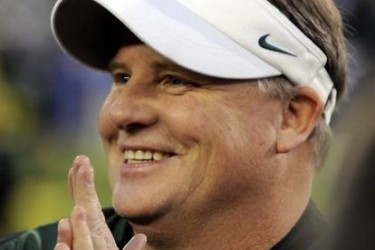 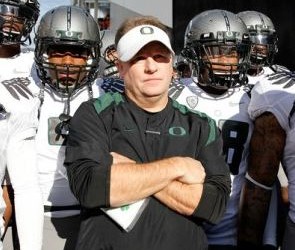 When Oregon football coach Chip Kelly gets introduced as the next head coach of Cleveland/Philadelphia/Buffalo/Arizona we will be entertained with the typical NFL press conference. Kelly’s new team will try to make all their fans believe they’ve finally found the coach that will lead them to the promise land (and let you know a brand new reason to go out and buy season tickets). Chip Kelly will talk about how his offense can work in the pros and isn’t just a gimmicky, college offense while he also spends time thanking all the people that helped him get to where he is today.

One person who won’t be getting a thank you, is Chip Kelly’s wife,… and only because she doesn’t exist. After years on the national landscape, one thing seems undeniable,… Chip Kelly is married to only one thing, and one thing only: the game of football. Oh Chip tried the dating circuit but after a failed engagement back in 2008 he’s stuck to the one thing he is truly great at which is scoring lots and lots of points quickly.

For those who haven’t seen a Chip Kelly lead Oregon offense it is truly a thing of beauty, one that has taken years and years to craft. Now I’m not saying the Oregon offense wouldn’t be as good if Chip was married but, well, actually, maybe I am… Coaching, especially being the head coach, is more than a full time job. Being a coach is a 24 hour job that really never stops. While he hasn’t coached a minute in the NFL yet Chip has already made an impact on the NFL game . Bill Belichick, the godfather of modern coaching, has hosted Chip a few times and implemented some of the speed aspects of a Chip Kelly offense. Which ever NFL team gets Chip to sign on the dotted line I salute you. You’ve found what could be the perfect coach, one that is married to the game. 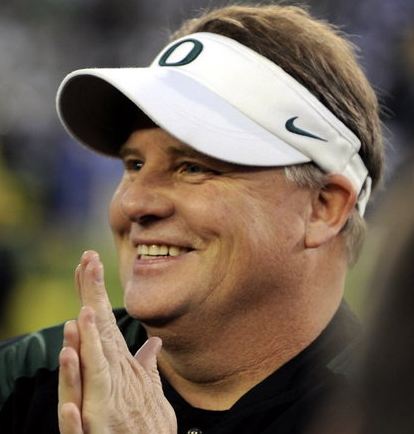