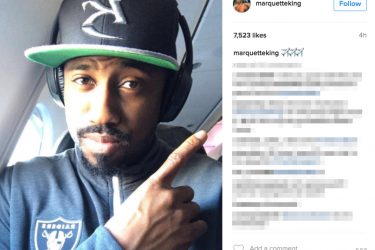 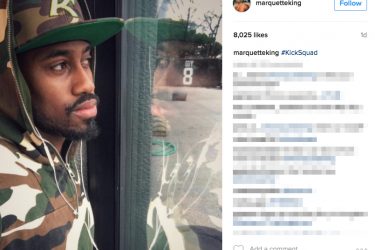 Whoa, doctor! Some scandalous reports came out recently. So we are now wondering: is Marquette King’s girlfriend Kim Kardashian? Well, first we need to mention that Terez Owens released a brief story in December about this. On December 12, they retracted the story and said it was completely false. It’s certainly plausible that the Kardashian/West publicity team may have strong armed a retraction, especially if false. The threat of severe legal action will do wonders on a flippant sports blog (trust us, we know). Terez Owens did state the initial story revolved around a rumor, and they said the person who told them the rumor was wrong.

Now, since the media engine only needs a whiff of a rumor to get started, talk of infidelity persists. Radar Online broke the story last week, which is now picking up steam. There is a lot of “insider” information happening here, though these sites never explain the depth of what it takes to qualify as an insider.  The general way this plays out is someone with access to Kardashian or West tells someone in the media about what they are up to.  And by “tells,” we mean they usually sell the story.

I imagine that is frustrating for the Kardashians, and indeed it’s probably one of the worst facets of fame. Other media groups such as OK! report the Kardashians posted some new social media on Instagram to distract from the story. That sounds pretty speculative to me, but they need to pump out juicy stories all the time to keep people interested. Thus, Marquette King’s girlfriend Kim Kardashian becomes the hot topic.

Kim Kardashian says she never even met Marquette King. No one knows what to believe because people assume where there’s smoke there’s fire. Some aspect of the story must be true, right? Who is Marquette King’s girlfriend? The media said Kanye West even called King to get to the bottom of the rumors. King apparently said nothing to the media after the reports came out. Honestly, I don’t blame him. There’s a high likelihood none of it is true. If I were King, I wouldn’t pay it any mind at all. 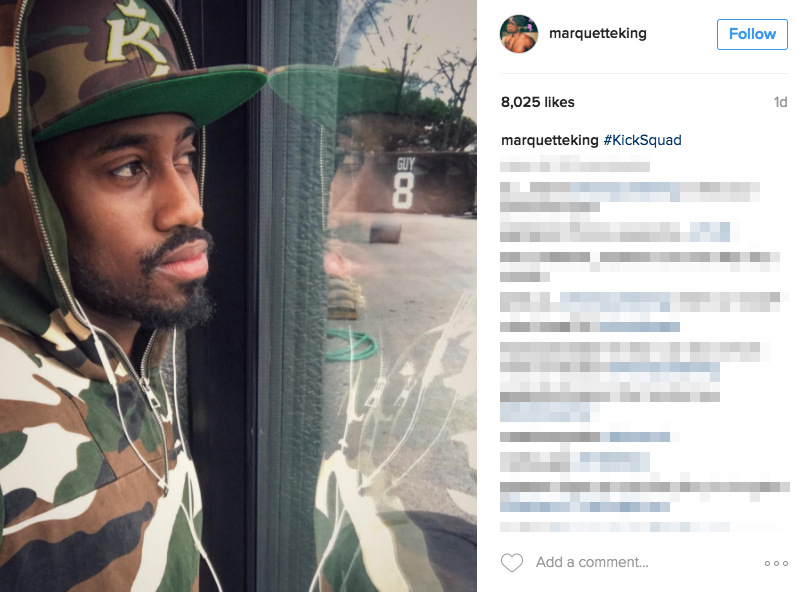