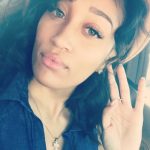 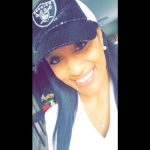 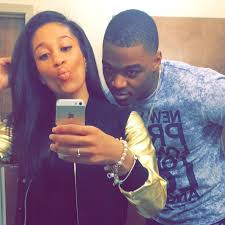 Amari Cooper’s girlfriend Destiny Jones is a lovely student of psychiatry at Alabama State University. She is young, and she possesses excellent hair styles. Don’t confuse her with the daughter of famous rap star Nas because she is also named Destiny Jones. Amari’s Destiny is taller and thinner. I also don’t think Nas’ daughter is a student of psychiatry. Before we get ahead of ourselves and start to refer to Destiny as a future psychiatrist, we should remember her humble beginnings. She danced on the cheerleader squad at ASU as part of the “Stingettes.” She had some hot moves too. I know this because I watched one of the squad’s routines. Someone posted it to Youtube.

I don’t precisely know the moment when Amari met Destiny, however he attended the University of Alabama while she was at Alabama State. It’s possible they knew each other before college. I think she would have chosen University of Alabama if that were the case, though. So maybe they ran across each other in college, perhaps at a party. Whatever the case, Amari Cooper’s girlfriend is “down for him.” He says so himself on social media when he posts a picture of her in a sequined Raiders hat. You can tell she has cool style, and she wears a small diamond stud in her nose.

Destiny attended the NFL draft with Amari. She didn’t have to wait long for the selection, of course. I believe Destiny is only about 24 years old since she will graduate in 2018. Normally I’d say she is 19, but she’s a grad student. I’m curious if Destiny dresses Amari because he loves to show off his threads. I suppose she might have some say in the clothes he selects to pose in selfies. He really only posts pictures of himself in clothes on social media. Maybe she double as a fashion adviser?