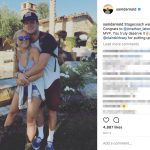 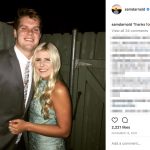 We’ve been tipped off that Claire Kirksey is no longer Sam Darnold’s girlfriend.  The New York Post made it pretty abundantly clear this was the case back in November of 2019.  The young QB sensation and the toast of the biggest city in America?  Yeah, being single probably makes sense.

But for those interested, here’s the woman who once carried the title of Sam Darnold’s girlfriend!

Sam Darnold’s girlfriend before the NFL was a girl named Claire Kirksey.  But, the real question is this.  Is Sam Darnold’s girlfriend still Claire Kirksey?  Claire was a college student and sorority member at Long Beach State. Of course, at a moment’s notice she will cheer for the great USC. After all, it’s home to a fantastic film program. When we first wrote about the relationship, it was all relatively new. Since Sam’s last girlfriend came from high school, he then began his first committed relationship from college. The name of his ex-girlfriend from high school is Summer. She also now attends San Diego State. However, that’s neither here nor there. She’s ancient history. Let’s talk a bit about Claire… and the 30.25 Million Dollar Question

Did Sam Darnold’s girlfriend move to the Big Apple with him?

Great question, PlayerWives.com.  Well, first a little history.  Claire first showed up in Sam’s social media feed back in November of 2016. The same is true in her social media feed. There was some question about her pictures with another fella named Derek, but pretty clear he is their friend. Sam Darnold’s girlfriend mentioned that Derek “gets her” on her social media in a picture where he hugged her from behind. She looked elated in the picture, but I guess they were only kidding since Sam also knows him and hangs out with him. It’s no matter at all because Super Sam is here to rescue Claire! Now, the relationship seemed strong through at least October of 2018.  The couple was seen having a blast together at a concert.  In March of 2017 Claire said it’s hard not to have fun with Sam. They went to Indian Wells in May and strutted around in bathing suits.

As for a move to  the Big Apple?  Well that’s impossible to say.  Not much on the gram to answer that one either way, nor have there been any stories since the concert.  She’s got the Instagram account of an upcoming IG model.  Lots of sun, drinking and hanging out with friends.  God, being in your 20s is fun.  But, there’s been nothing to suggest she’s doing anything other than enjoying the hell out of her time with friends.  Certainly no apartment hunting, or pics from Jets camp anyways.  We will see if Claire starts showing up in the Wives & Girlfriends box.  That’s the real test.

Ahhh, to be in your 20s once again

Like we mentioned, Sam Darnold’s girlfriend hangs out and drinks with her friends and her boyfriend just like any other college student. She proclaimed August 17 the best night of the entire summer of 2017. They apparently attended a concert at the Greek Theater in Los Angeles. She proclaimed it the best night of the summer since they also met Sam Hunt, the singer-songwriter who they went to see there. Sam also took Claire to some event called the Blue Martini Ball in June of 2017. She said they like to “party with the old people.” 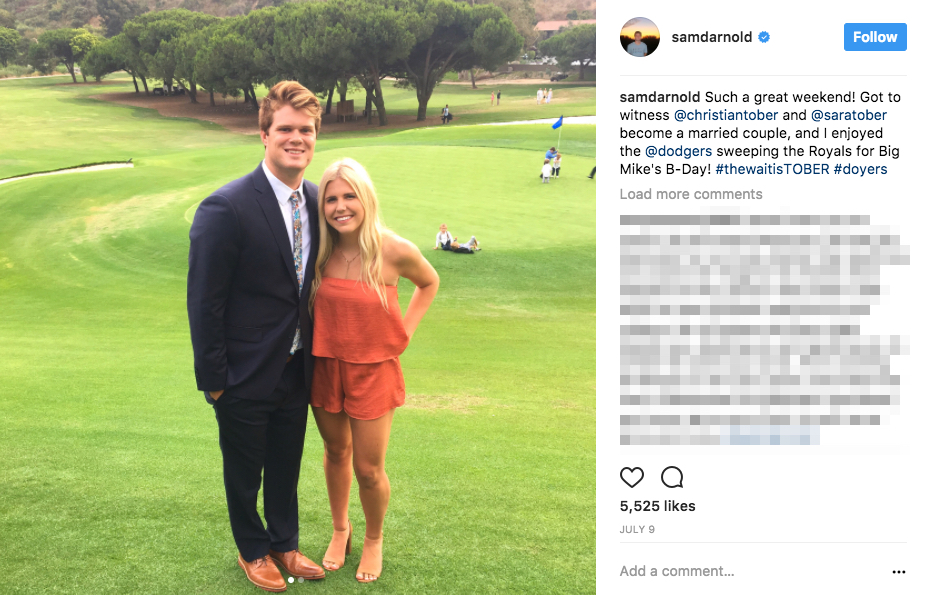