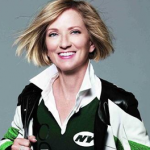 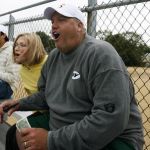 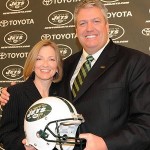 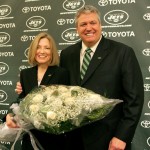 UPDATE: 12/30/2010: Things are escalating quickly. In a series of pictures first posted by MediaTakeOut, it appears that foot fetish videos were the tip of the freaky iceberg. Graphic, and eyeball singing pictures have been released showing someone who appears to be Michelle Ryan both individually, and in a foot-sex act with another man. These pictures are unverified and may very well be photoshopped, however, MediaTakeOut reports them without any hint of a possible fraud disclaimer. Check them out if you dare here
12/21/2010: Oof. I don’t know where to begin.
OK, so apparently Michelle’s modeling career for NFL Women’s Shop wasn’t a new endeavor. After a fascinating exploration by deadspin, it turns out that Mrs. Rex Ryan was previously a bit of an online sensation… for posting a series of videos for foot fetishists. The videos posted by user named “ihaveprettyfeet,” were intensely popular before being pulled by YouTube for violating terms of service. Select videos, (which in the name of full disclosure, I refuse to watch, but have read every review on) feature a cameraman with a voice that is distinctly similar to the head coach of the New York Jets.
Furthermore, the foot fetish appears to go further as a profile with incredibly similar details to Michelle and Rex was posted to a foot fetishist dating site. The matching details include former residence city, dates of birth, sign, height, and everything but Rex’s weight (he was listed at 180lbs).
During the Jets daily press conference, Rex was peppered with questions directly related to this. A simple non-denial was issued by him stating only, “To be honest, and I get it, I know you need to ask and all that stuff. But it’s a personal matter and I’m really not going to discuss it, OK?”
Finally, let me be clear on one point: We are in NO way passing judgement on this. It’s funny, surprising, and sadly a bit romantic to see two people in the public eye completely enamored with one another, while exploring very, very tame sexual fetishes. I congratulate an apparently happy marriage, and wish them nothing but the best of their gross foot loving years in the future.

“I never realized how similar that I am to Tom Brady. I mean, the obvious physical appearance would be the first thing. The fact that he’s married to a supermodel? Hello? [Ryan picks up a magazine showing his wife, Michelle, advertising women’s apparel for NFLShop.com]. Yeah, I’m also married to a supermodel.” -Rex Ryan

The two met while living in Oklahoma and have been married since 1987 following Rex’s over the phone proposal. The couple has two sons together, Payton and Seth. 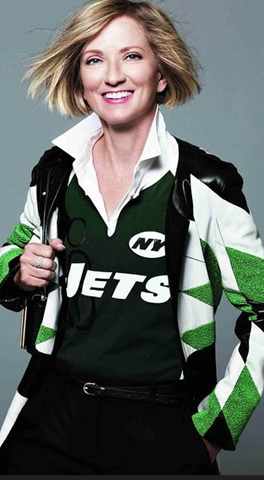