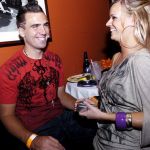 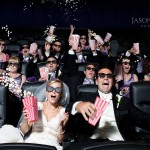 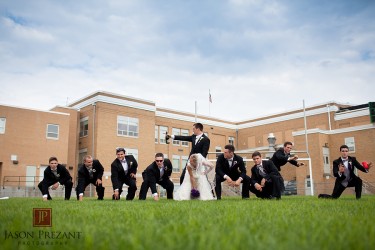 Joe Flacco’s wife Dana Flacco started to date him as a senior in high school.

Flacco loves him loyalty.  Loyalty to the Ravens (whoops) and loyalty to Dana

They both grew up in the same town in New Jersey. Since they grew up in the same place in Audubon, New Jersey, they decided to marry near it. According to Wikipedia, on June 25, 2011 they married after eight years of dating. Their first son, Stephen, arrived soon after on June 13, 2012. After their second son arrived, the Baltimore Ravens’ website featured a story about his birth. According to the article, Joe skipped the birth to play. Dana entered labor a few hours before their second week matchup.

Joe actually explained in detail why he made the decision. When Joe Flacco’s wife went into labor, Joe decided not to attend because he felt an obligation to his team. If he played an individual sport, he said, it might have been different. He added that he couldn’t think of a cooler way to celebrate a victory than to go back to a hospital to see a new son. Flacco said when he lost cell service at the stadium, he felt nervous and fidgety. Before their third son, Francis, arrived on January 20 of 2015, Joe rejected an invitation to the Pro Bowl because he knew the arrival date conflicted.

Prior to Flacco’s denial as an alternate, two other alternate quarterbacks also backed out. The Baltimore Sun documented his decision on January 21, 2015 (right after the birth). His coach John Harbaugh was quoted as saying “we know he made the right decision” after he stuck around. That same year, Dana also showed up directly on a media site after Kelly Ripa made a comment about the disparity between the couples’ heights. Joe Flacco’s wife is five feet tall. Joe himself is 6’6″. Kelly Ripa said, “Wow that’s gotta’ be a fun party” and the crowd laughed. Michael Strahan quickly changed the topic and congratulated Joe on the Super Bowl.

Will Denver be so lucky?  Time will tell.

How many kids are they up to?

Joe Flacco’s wife gave birth to their fifth child, in April of 2018, after their fourth arrived in September of 2016.

When number four was born, Evelyn, Flacco said they didn’t want to know the gender of the baby during the pregnancy. He called the appearance of a girl after three consecutive boys a shock. He also said he felt scared about not being able to have a girl! The entire family posed for a photo on their bed September of 2017. Joe shared the picture on social media and tagged it as an advertisement for a mattress. 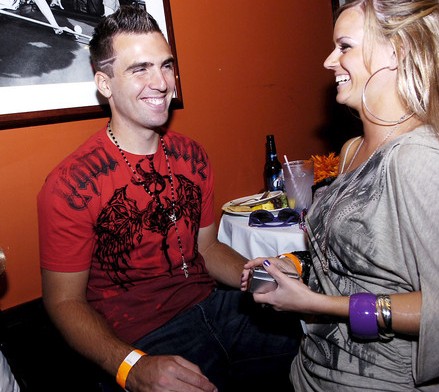