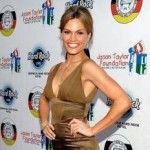 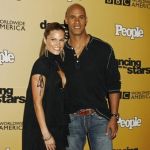 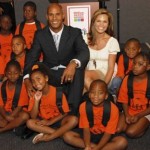 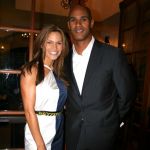 The two were introduced and urged to date by Katina’s older brother Zach Thomas. Jason Taylor married his long-time girlfriend in June of 2001 and the two have three children together: sons Isaiah and Mason, and daughter Zoey. In June of 2006, Katina filed two separate petitions for divorce requesting full custody of their children citing irreconcilable differences each time. She withdrew both petitions, and the two remain together at this time. Katina later revealed that Jason offered to quit football altogether in 2006 to work on their marriage. At her insistence, he did not quit and went on to win the 2006 NFL Defensive Player of the Year award.

In 2004, Jason and Katina established the Jason Taylor Foundation. The charitable organization aims to improve the lives of children living in South Florida. The foundation has taken off and helped to earn Jason a number of awards including the 2007 Walter Payton NFL Man of the Year Award.

Before Jason went on Dancing With the Stars (which he finished 2nd), Katina shed some light on Jason’s past dance experience:
“Jason claims the last time he danced was when he was 10 years old. He did a spin to Michael Jackson music and he hit his head. Even at our wedding, he put his arms around my waist and my arms around his neck and he we danced like in eighth grade.” 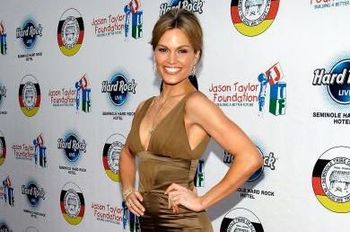