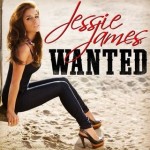 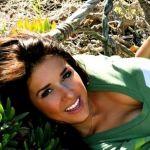 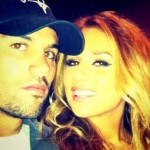 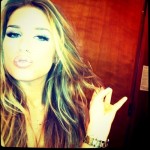 Eric Decker’s wife Jessie James Decker let the cat out of the bag on Twitter about Eric’s new contract with the Jets on March 12, 2014. After a big year with the Broncos, Decker signed a deal with the Jets for five years and $36.25 million with $15 million in guarantees. After signing that huge contract, the Decker family had bigger news just days later. Tuesday March 18 may have been a better day for the Decker’s. At 5:36am, Jessie James Decker gave birth to Vivianne Rose weighing in at 8 pounds, 2 ounces.

With $15M in guaranteed cash, the new it couple in New York will have plenty of means to get help around the house. Most parents out there know they’ll need it.

James and Decker were married in front of family and friends on June 23, 2013 in Colorado before zipping off to Maui for a well paparazzi documented honeymoon. The pair was engaged in April of 2012 when Eric Decker popped the question to pop star Jessie James in Las Vegas. In true Decker/James style, the couple was quick to Twitter to thank their fans for the support (while also breaking the news of the engagement to most of us. @TheJessicaJames tweeted:

Thank you all so much for the congrats on our engagement. We are blessed to have found each other and to have supporters like you all :)

Eric Decker’s wife Jessie James is a country singer with moderate success on the Billboard Charts, seeing her first album hit #40 on Tep 200 (though her second album did not rank at any time). She’s not afraid of hooking up with a celeb as she has previously been romantically linked to Jay Cutler, John Mayer and Reggie Bush. A word of warning: Do not confuse this Jessie James with Jessie J who currently has a song, “Domino,” at #67 on the Hot 100 chart (and yes, I spent the last half hour looking this up, because I got the two confused).

Sometimes in this job, we’ve had to sleuth our asses off to find proof that a couple is together. That is NOT the case with these two, as they seem to spend a lot of their time having Twitter lovefests with one another. Let’s see a sampling: 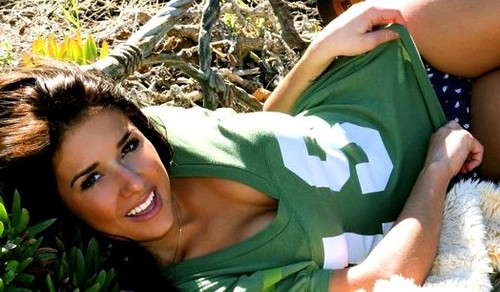