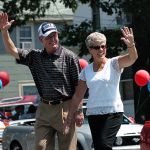 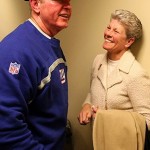 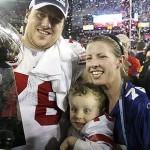 Tom Coughlin’s wife Judy Coughlin might be a major factor in his coaching decision this off-season. While the 49ers have impressed Coughlin with both their offer and their available draft picks, the Eagles are also on Tom’s radar. And the prospect of going the short distance between New York and Philadelphia is apparently a big factor for Judy Coughlin, who is hesitant about the cross country move that would be required for the 49ers job.

Tom and Judy Coughlin were married in 1967 and have seen their family grow substantially over the past four decades. Tom and Judy have four children together, Keli, Katie, Brian and Tim. Between their four children, they have ten grandchildren.

In April, 2004, Tom Coughlin’s wife Judy Coughlin had a hand in the the future of her family, and in the future of the Giants. Boston College offensive guard, Chris Snee and Tom’s daughter, Katie unexpectedly had a child together while in school. Come draft day, Giants personnel wanted to draft Snee, but first, sign off had to come from Judy. In an October, 2004 story from the New York Times:

Judy Coughlin was at home, watching the draft and doing other things, when she got an unexpected call from her husband.

“Do you mind if we draft this kid?” Coughlin said to her. Puzzled, she said, “What kid?”

When he said Snee, Judy said, she was stunned. For nearly a year, the family had wrestled with Katie’s unplanned pregnancy and the birth of the couple’s son, Dylan, last fall. “Chris had already been through the worst of my husband,” Judy said. “He had to earn his way into our family.”

By April, the Coughlins were won over by Chris and Katie’s growing maturity and responsibility for their son. By July, they had married, a moment the Coughlins all celebrated. 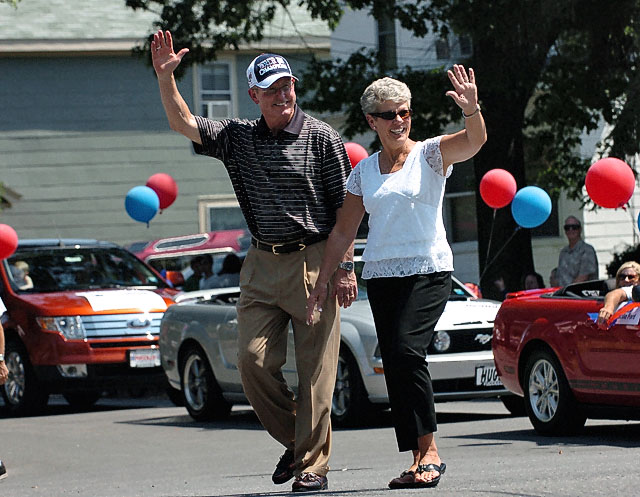