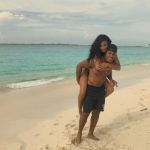 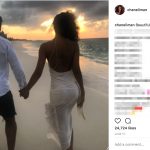 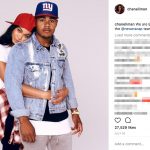 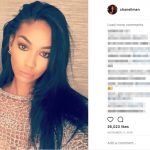 Sterling Shepard’s girlfriend Chanel Iman is a dazzling young model. She turns heads, she puts spells on men and women alike, and she is fabulous. I classify Miss Iman as a top-shelf model. She works for big name publications and looks super chic for all of them. Since Sterling grew up with three sisters, he seems like he understands women pretty well. At least, the photos with his sister he shared on social media look that way.

The first and only public photo share of Sterling Shepard’s girlfriend Chanel came on New Year’s. They also both shared the exact same photo on social media. I imagine they dated for at least a few months before the big reveal. Again, to put Chanel’s fame stature into perspective, she has 1.2 million followers on Instagram. This places her firmly ahead of Mr. Shepard on the fame meter. However, it should be noted that Shepard is a very big deal, considering he already has 316,000 followers after one season in the NFL.

Chanel dressed up in an awesome halloween costume in 2016. It appeared to be a kind of mash-up of a zombie and a mummy. It worked well, though, because she looked stylish and scary at the same time. This woman most definitely understands how to make a visual impact and impression. Sterling must feel lucky to be with her. Of course, Sterling Shepard’s girlfriend totally put the social media spell on me. She seems so cool. One of the messages she shared on her feed was, “May all your vibes say: I got this.” This embodies her philosophy. Chanel sends out chill vibes with a confident affect. She refers to Kanye West as a dear friend. Apparently she walked the runway at a few of his fashion shows. This woman rules because she travels around the world and lives the dream model life. 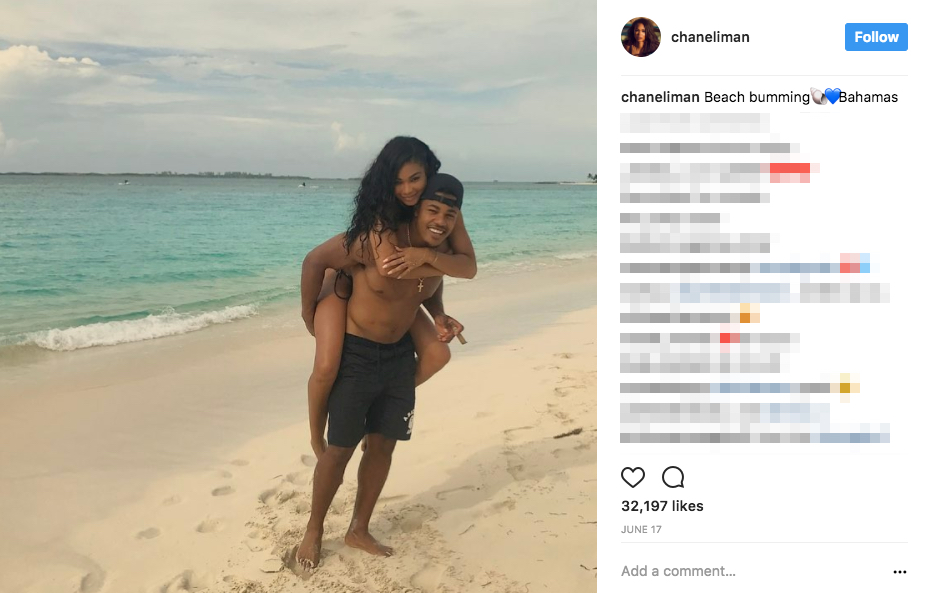