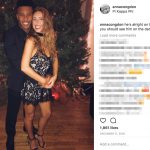 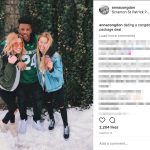 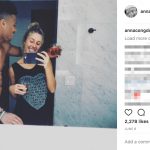 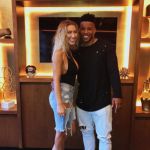 Saquon Barkley’s girlfriend Anna Congdon is a graduate of Penn State University.  They clearly met at college, and Anna also keeps a few nifty quotes about the school. She says their school is the place where the girls are always hot and the beer is ice cold. Ah, college life.  Back before……

That’s right folks.  Just days before the Giants took Saquon at #2 overall in the 2018 NFL Draft, the running back suddenly cancelled media appearances.  And, with good reason.  Jada Clare Barkley was born on April 24.   Saquon took to Instagram to share his feelings.

Words can’t even describe how I feel right now. You are the most beautiful thing I’ve ever seen in my life. Thank God for blessing me with you in my life and into my arms. I pray that I can be the best father to you and help you grow into an amazing woman. I love you so so so much #DaddysLittleGirl Jada Clare Barkley 4.24.18 ❤️

But, back before the baby.

Anna used to date another college football player named Jake back in 2015. That means Saquon Barkley’s girlfriend started to date her sometime after August of that year. So the relationship is relatively new but not brand new. Anna boasts over 12,000 followers on social media because she’s super hot. She also hangs out with a bunch of blonde girls that look exactly like her. In July, she took a short vacation in Cape Cod and spent time on a boat. Anna loves to work on her tan.

Before Anna went to Cape Cod, she spent time with Saquon in Scranton, Pennsylvania. Scranton is also the home of the fictitious Dunder Mifflin Paper Company in the show The Office. In the photo from she shared of Saquon with her, she said it only took five months of dating before Saquon came to a concert with her. The photo came from June. So that seemingly answers the question I posed in the previous paragraph. According to Anna, Saquon Barkley’s girlfriend started dating him in February of 2017. However, that doesn’t quite make sense to me since she posted a photo of them snuggling in the middle of December. I guess they weren’t official then. That photo also appeared at the location of Pi Kappa Phi. Was it a sorority and fraternity get-together? 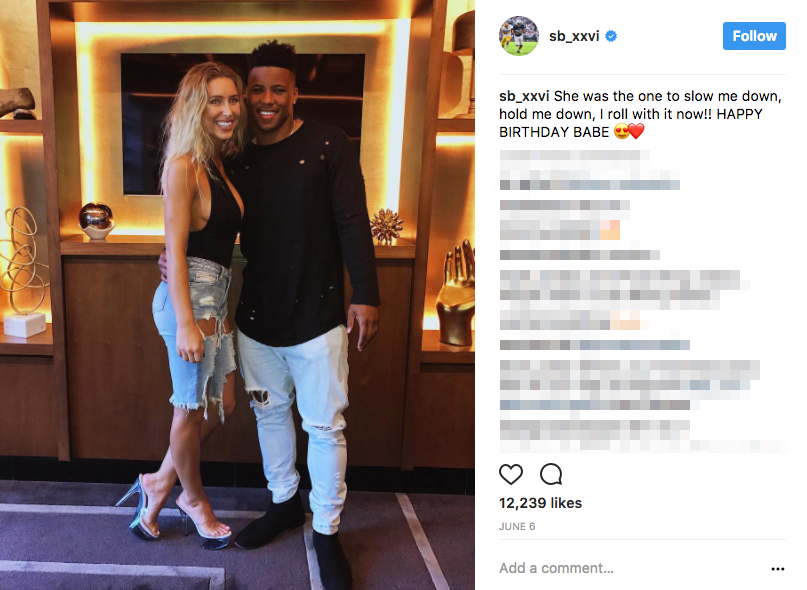