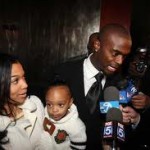 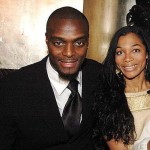 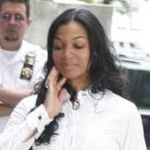 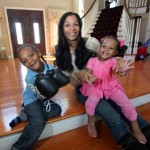 Plaxico and Tiffany married in 2005. Together they have two children, one son (Elijah) and one daughter (Giovanna). Giovanna was born after Plax began his term in prison, and had not yet gained phone privileges. He didn’t find out about her birth until she was 5 days old.

Tiffany is a practicing lawyer, with a license to practice in both New York and New Jersey. She works in personal injury and family law, though she also dabbles in sports and entertainment. She does not serve as Plaxico’s agent, nor did she serve as his trial attorney before he was sent to prison on gun charges stemming from the self inflicted gun shot “incident.”

Tiffany recently gave an extended interview discussing Plaxico’s prison term. Amongst the more interesting information, was the list of players who’ve been to see their friend and teammate, including Michael Strahan, Fred Taylor, Osi Umenyiora, and Brandon Jacobs. One notable missing was Eli Manning who didn’t visit, but did ask about him.
God those Mannings are classy. 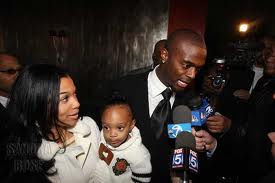