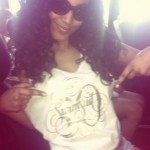 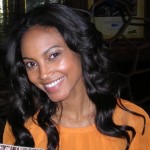 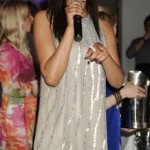 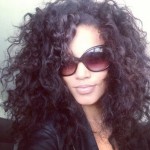 UPDATE 07/14/2014: One gigantic diamond ring later, and Hakeem Nicks girlfriend Ariel Meredith is technically no longer his girlfriend. The new Colts wide receiver dropped to one knee and proposed to the Sports Illustrated Swimsuit model. In a happy ending, the bombshell said yes.

While no official wedding date has been set, a couple that’s never been afraid of the flashbulbs of the paparazzi, we’re sure to know more details before things go down. With a stacked team in Indy and hopeful postseason plans, Hak would be wise to wait until the spring to lock things down.. Until then…..

Hakeem Nicks has had a tough couple years on the field. Despite an injury plagued stretch, life off the gridiron is going well for the Giants receiver. For proof, please consult the pictures of Hakeem Nicks’ girlfriend Ariel Meredith to the right.

Ariel Meredith is a 28 year old model, who has appeared in four Sports Illustrated Swimsuit Issues, in 2009, 2012, 2013 and 2014. She began modeling in part time capacity in 1998 while in school before turning to full time in 2005. Ariel and Hakeem were first seen at the 2013 SI Swimsuit 50th Anniversary kick off event in February, and have reportedly been dating since late 2012.

Geographically, the relationship makes sense. Hakeem Nicks has been in New York since the Giants drafted him in 2009, and Meredith moved to the modeling capital of America in 2005. Unfortunately, Nicks is a free agent and the chances he returns to the Giants seem slimmer by the day. With the cross town Jets in need of offensive weapons, Ariel Meredith may be the motivating factor to keep him in New York. Hell, with millions of dollars and being able to come home to her – it would be enough to keep me in town too. Congrats Hak! 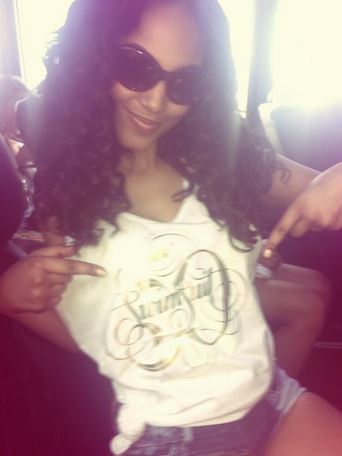