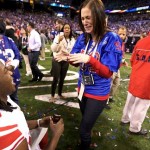 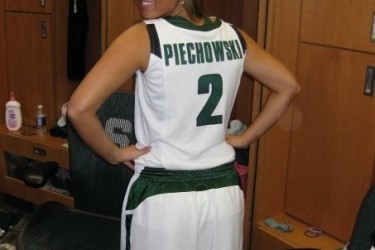 In a move flat out stolen from a college kid when Ian Johnson of Boise State proposed after a Bowl game, Giants backup linebacker Greg Jones dropped to one knee immediately after the Giants closed out Super Bowl 46. With confetti continuing to rain on the field, Jones found Piechowski who was wearing his number 53 jersey and asked her to marry him. Jones and Piechowski met while attending Michigan State together, becoming friends for a couple years before kindling a romance a little over a year ago. Amanda played basketball at MSU and now reportedly works as a model.

Jones described the scene, “She was bawling,… She definitely knows how I feel. A speech wasn’t even needed,… Just everything we have been through together … she has been there since day one.”

Jones gave the ring to practice squad player, Christian Hopkins to hold during the game, with instructions that he would only need it if the Giants won the game.

Seriously,.. if Gronk had hauls in that hail mary as time expired, are the two engaged yet? How long does he wait if they lose? God I wish we could have found out (and yes, we’re all sad and bitter Pats fans here, including Brez, our newest contributor). 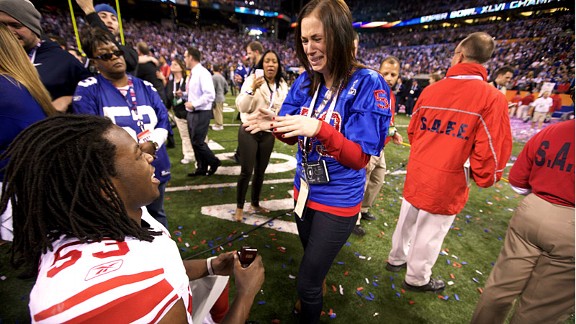