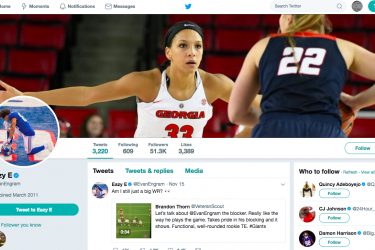 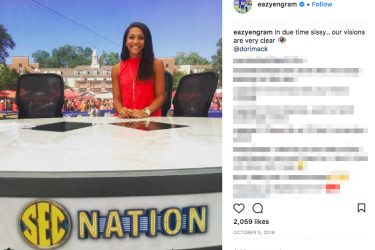 Evan Engram’s sister Mackenzie Engram is a talented young lady who attends the University of Georgia. And no folks. We’re still not talking about Evan Engram’s girlfriend. Evan Engram’s sister stands 6’2″ and averages 11.2 points per game. She also entered her senior year in 2017. Her team bio says she involves herself heavily with the community and helps out with the Special Olympics. Of course, she comes from the same place that Evan does. Their town is Powder Springs in Georgia. Her college newspaper, The Red & Black, featured her in a long story about her and her brother. It mentioned they both played fiercely competitive games of one-on-one basketball in their driveway. Since he won every game, Mackenzie says she usually cried after they played.

The article says she finally won a game on Christmas Day. However, Evan Engram’s sister suspects he let her win as a Christmas present. The last great quote from that article is about how she thought of herself. She said she hated when people called her Evan Engram’s sister because she felt she was a better athlete. Now that is confidence. Regardless of who is a better athlete, Mackenzie also maintains a very detailed online journal. She talks at length about personal developments and struggles. For example, she recently talked about a person she “let go” in her life.

In the entry, Evan Engram’s sister says she feels people hold onto “toxic” individuals who need to be let go. She refers to “people that aren’t worth our time anymore” and questions their value. She then introduces a binary system to classify people with. Mackenzie says the two types of people are those that hold on to toxic individuals and those that let go “the second they feel the burn.” Is she falling into a reductionist trap and oversimplifying her outlook? She clearly experienced a bad relationship with someone and felt she could no longer maintain contact with them. She speaks at length about the nature of the person whom caused her pain. Mackenzie also says the person who caused her pain would not help her to heal.

Evan Engram’s sister also bluntly admits she struggles to “be her own person” and accept herself for who she is. In her blog, she says she possesses very low self esteem and constantly looks for ways to improve her self-image. Mackenzie speaks of a “hole” that is within her. She says she wrote about this because she knows she’s not the only one. She writes over and over to release the pressures she puts upon herself. 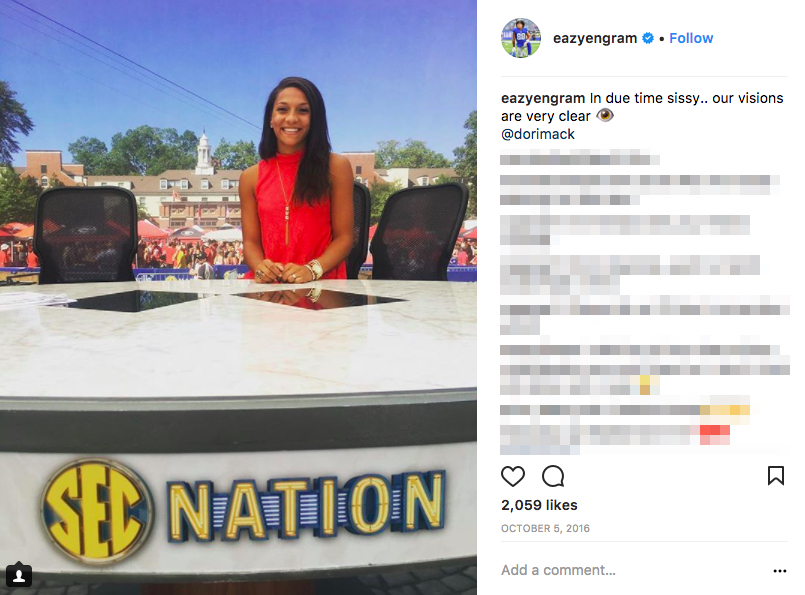