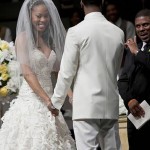 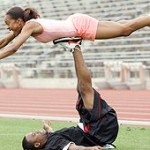 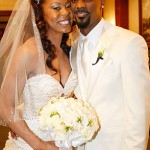 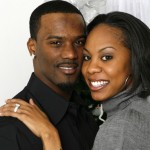 In three years of researching, and generating our own unique posts, we’ve learned a few things about the trends and patterns of the romantic lives of professional athletes. One pattern is that frequently athletes marry athletes, which is the case here.
Meet Sanya Richards Ross, US Olympian and wife of Giants cornerback Aaron Ross.
Sanya is a multiple gold medal winner in Track & Field. At the 2004 Athens game, Sanya was a member of the gold winning 4×400 team before the medal was stripped when a member of the relay admitted to doping. At Bejing in 2008, the team repeated their victory, only this time without being later stripped of their gold medal. Sanya also took home the Bronze in the individual 400m. She has won another five golds at the World Championships; four in the 4×400 and one in the individual 400m. She also has a silver in the 400m in 2005 World Games.

Sanya and Aaron began dating in 2003, getting engaged in 2007, and finally getting hitched on February 26, 2010. Their wedding was featured on the show Platinum Weddings a short lived show on WE. The couple has no children. 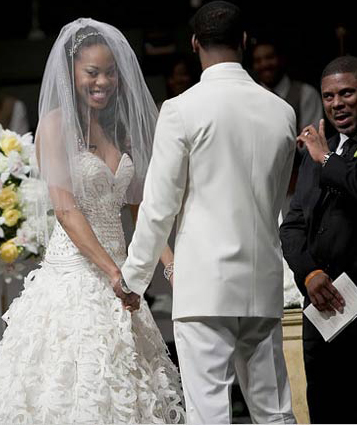