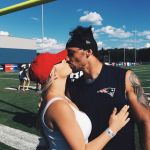 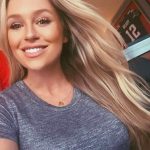 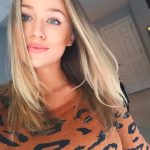 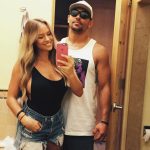 Tyler Gaffney’s girlfriend Kristen Louelle just had their baby in July. They named him Jax, which is a popular new name for boys and seems to be sweeping the nation. After the birth, Kristen wished Tyler a happy anniversary and said she couldn’t think of a better way to celebrate their love than by bringing home their new son. That’s a nice sentiment. She calls him “suga.” That sort of made me throw up a little but she’s very sweet. One of the funny things she says about their relationship is that they promise themselves they’ll never submit themselves to “mom jeans and dad bods.” She says she’s going to be a cool mom. I believe her.

Tyler himself hangs out with Gronk on a regular basis. He wished Gronk a happy birthday back when everyone thought Gronk was dating that hot Sports Illustrated chick. Back in April, Tyler Gaffney’s girlfriend Kristen went to Cabo San Lucas with him. She didn’t really look pregnant at all in one of the pictures somehow. She might have been sucking in the preggo-gut. Tyler takes her to a lot of exotic locales, but he did not take her to Maui in November of 2015. She went alone in order to attend a wedding for one of her friends. Trust me, though, Tyler and Kristen travel a whole lot. In 2015 they were in Vegas, and Kristen had nothing but nice things to say about bathrooms in the hotel Aria. She’s a fan of Vegas.

Kristen is essentially obsessed with Tyler. Basically every post she puts up is of herself or of him. It gets a little tiring after awhile, but that’s probably just because she’s wicked hot and dudes don’t like to constantly see a wicked hot chick talking about how in love she is with some pretty boy football player! Tyler Gaffney’s girlfriend wore a black wig earlier this year and she looked strikingly different (but in a good way). This girl could easily be a model or some kind of football sideline reporter. The camera definitely loves her. 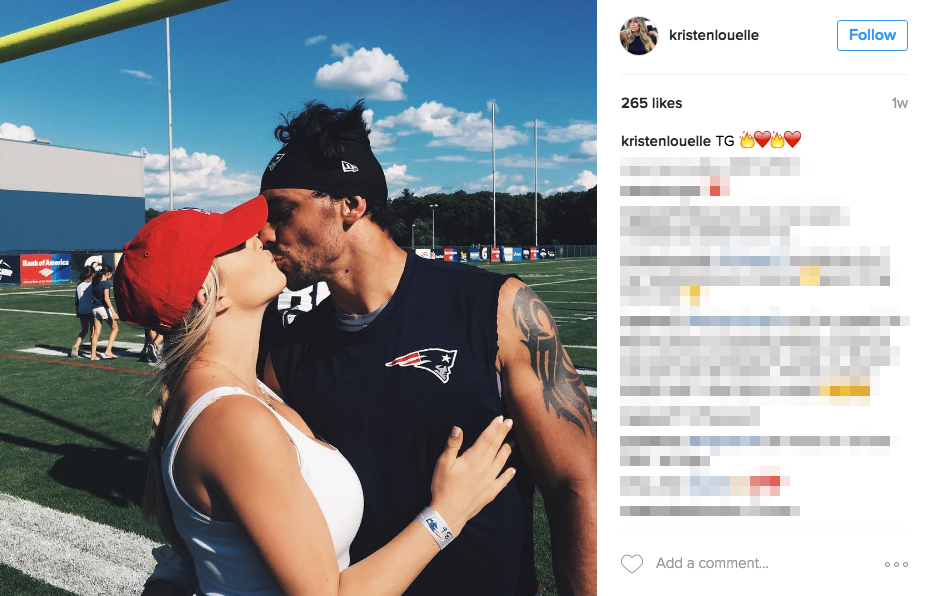