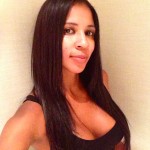 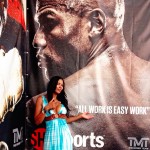 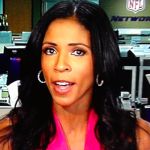 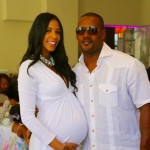 Ty Law’s girlfriend Nicole Haynes just had their child Sydney in September of 2014. I have no idea why Google thinks Ty Law’s wife is named some chick named Janine, but he is certainly not with her now (or if he is, things just got really complicated). But all joking aside, Ty is the father of a new baby girl with the lovely Nicole, who does not appear a day over 32, though she recently celebrated her 40th birthday.

There’s plenty to talk about with Nicole, since she is a reporter and often does freelance commentary for the NFL Network. She wore a pink blouse during Breast Cancer Month last year to support it, and she can sometimes be seen reporting for FSN West and FSN Prime Ticket in Los Angeles. Apparently she was a really solid heptathlon athlete and came close to making the Olympics. She placed 5th in the 2000 Olympic trials for the heptathlon, according to Wikipedia. I’ve also spotted Nicole reporting for ESPN on something called “ESPNHS,” which is the high school sports part of ESPN, as you might’ve guessed. The other thing about Ty Law’s girlfriend Nicole Haynes is that she’s Canadian, and the pictures of her competing in heptathlon feature her wearing red and white tights for good old Canada. I actually don’t know much about the heptathlon, but it does include throwing a javelin, and throwing javelins is pretty badass.

So now that we know about Nicole, I’d like to know a little more about the actual status of her relationship with Ty Law. I suppose he could have been married to this lady Janine back in the day and got divorced, but as of now Nicole is the lady in his life. And a charmed life it seems to be. I doubt he’ll be topping Willie McGinest in the retired Patriots Mansions Contest though. 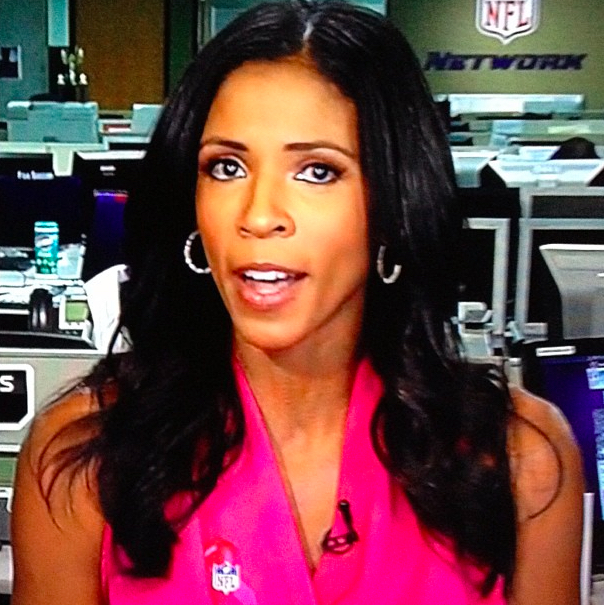