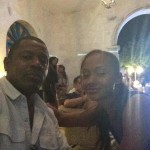 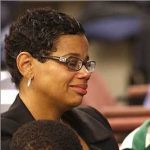 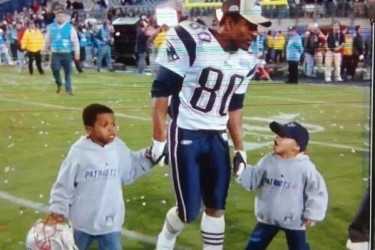 Troy Brown’s wife Kim Brown was the subject of a detailed character portrait in Boston Magazine back in 2005. You really get a sense of her in this article. Basically, she’s a very pragmatic person who does not fall into the trophy wife category, though she is lovely. She’s seven years his senior, which makes her fifty years old now.

The couple met while Troy was attending Marshall University. They were both at a party, and Kim danced with Troy and said “he was kinda nerdy looking.” Kim thinks Troy liked Kim because she had a nice little sports car and a job. She had doubts about dating a guy who was still in college, but she said in the Boston article that he was very sweet. At the time, he wasn’t much of a standout on the football team, and she didn’t care about him playing football at all. Her job, which she loves, is a chemist for the US Army Engineers. Troy Brown’s wife Kim Brown brings home the bacon, but I don’t know what being a chemist for the Army entails. Maybe cooking up some weapon chemicals?

Troy Brown’s wife Kim Brown finally decided to marry him after seven years of dating before tying the knot. They’ve also had three kids together. I really love what she says about getting hitched: “I love my job, and I wouldn’t give it up for anything in the world. For financial reasons I don’t have to work, but for my peace of mind and for my own self-worth, I have to work, and he understands that.” The article makes mention that Troy expected her to quit her job and “marry into” being an NFL wife, but this is not something that Kim Brown was down for. During his NFL career, Kim says he’d be gone for almost the entire year, and she’d see him a few months out of twelve. Now she must see him quite a lot more since he’s not playing any more. 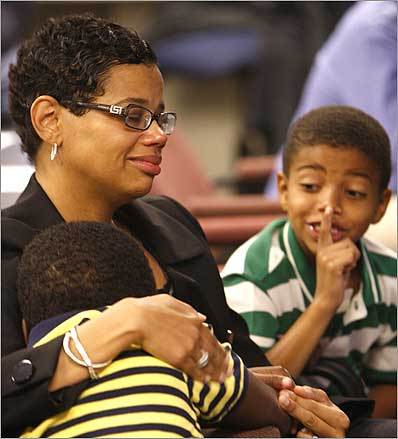