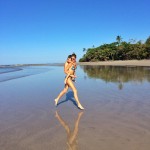 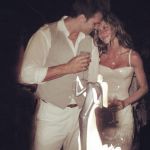 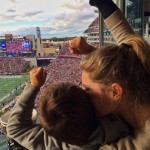 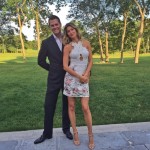 Tom Brady’s wife Gisele Bundchen was one of our first posts when this little ol’ site PlayerWives.com launched in 2009. (Also, years before the impostors, mind you).

Our first attempt to cover Tom Brady’s wife was……. underwhelming

The founders of this site look back and laugh at the post comprised of 25 words.  25 words, and whole bunch of pictures of Tom Brady’s wife in her underwear. While our abysmal lack of content and anything resembling any merit have shoved us down to page 643 of Google search results, there is a grain of inspiration leftover. It’s been more than eight years since Tommy first took Gisele out.  The pair is coming up on seven years since they tied the knot. In that time, we’ve come to realize: Tom Brady’s wife Gisele Bundchen has been the birth of the WAG.

The term WAG meaning Wives And Girlfriends has been around for years. Joe DiMaggio dated Marilyn Monroe. Jose Canseco dated Madonna. Wayne Gretzky with Janet Jones. Derek Jeter with everyone. Tom Brady isn’t the first and that couldn’t be further from our thesis. But Brady and Bundchen reset our relationships with the WAG. Rather than a fleeting paparazzi or gossip story about an athlete and actress doing their best to populate the earth with beautiful people, the public has invested themselves in this successful public eye relationship. People care.

The timing mirrors the rise of social media.  Facebook and MySpace excluded from this discussion, you can narrow your focus even tighter to Twitter.  Twitter lauched in early 2006, which was right around the same time that Brady and Bundchen began dating.  The news and fascination with the couple gained steam over the following years as major media outlets began tweeting.  At that same time, the public discourse moved to this new platform, where internet savvy bloggers noted trends on what people were talking about.  As TB12 and Gisele’s daily activity seemed to enter the zeitgeist, the coverage of them and their relationship commensurately gained steam.

After almost a decade together, the couple has figured out how to make it all work.  Stay out of trouble, look super pretty together (and yes, this author is a guy, and hell yes Tommy is pretty), and make perfect children.  Together, the couple has a son Benjamin and daughter Vivian Brady.  Tom Brady of course, infamously has a son Jonathan Edward Thomas Brady with Bridget Moynahan.  And for those not paying attention, during an acrimonious breakup, Moynahan gave Tom Brady’s son JET as initials.  Cruel.

Public fascination of Tom Brady’s wife Gisele Bundchen hasn’t waned in the years, going so far as to learn what the family eats at home.   The well established, consistent family has it all figured out and makes their way through the insane Boston fans.   While Gisele wasn’t first, she may be the most important WAG to move the idea of wondering about a player’s wife or girlfriend to the forefront.  For that, we here at PlayerWives.com thank you.

And Tom Brady really is beautiful. 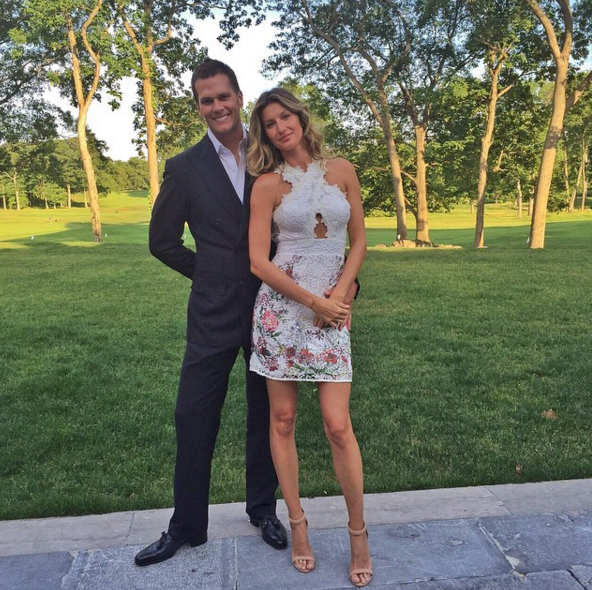