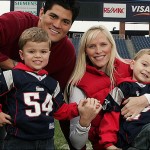 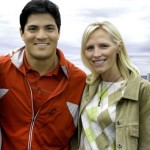 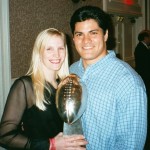 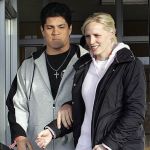 Tedy Bruschi’s wife Heidi Bruschi was born as Heidi Bomberger and grew up in Auburn, Nebraska. She moved to Tucson, Arizona at age 10, where she would eventually meet her future husband.

Tedy met future wife Heidi Bruschi as a redshirt sophomore at the University of Arizona. Heidi was attending Arizona as a full scholarship volleyball player, after being awarded the Tucson player of the year her senior year of high school. The two met briefly while working out in the weight room. The next night Heidi found one of Tedy’s teammates at a party and asked for him. When she found out that Tedy wasn’t in attendance, she passed along her phone number for Tedy to call her.

The two were eventually married on June 27, 1997, right before Tedy’s second season in the NFL. Together they have two sons, Tedy Jr. and Rex.

In his book, “Never Give Up,” Tedy recounts the reaction from Heidi when he told her that he was determined to return to the NFL after his stroke:

I am strong and I’m going to be strong for you. I think you feel that you’ve been carrying the burden by yourself, but you don’t have to do that anymore. ‘Cause I’m here with you, and we can do this.

From Patriot’s fans everywhere, thank you, Tedy. You reminded us why we love sports in the first place. 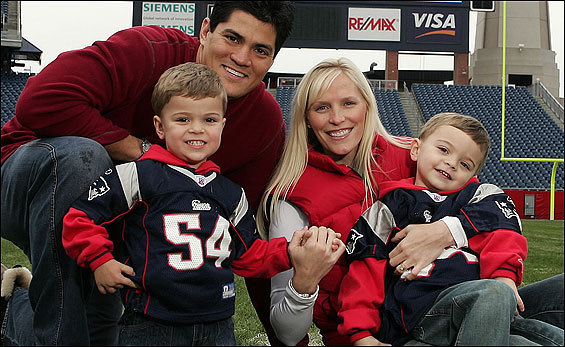