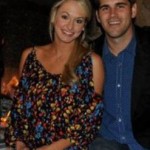 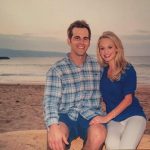 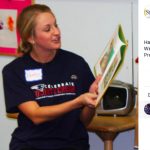 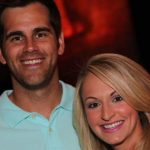 Stephen Gostkowski’s wife Hallie Gostkowski has been in the picture for quite some time.  It’s incredible how quick this dude’s career added up.  It seems like just yesterday, the Patriots were winning Super Bowls with Vinatieri.  And, rather than reinvent the wheel and play kicker roulette, the Pats just go get the next most clutch guy in the league.  Incredible.  But, since you’re here to talk about Hallie Gostkowski we’ll get back to it.

If Steven has been in the picture for a while, then Stephen Gostkowski’s wife has been in his picture even longer

So here we are, 13 years into Ghost’s career.  And Hallie Gostkowski was with him since his early years in college.  The two were classmates at Memphis, and obiously stayed together longer.  They first met in an anatomy and physiology class.  And, while I’ve been debating this for a few minutes, I’m going to pass on making a hacky anatomy joke.  You’re welcome, folks.

The pair dated through school, and Stephen proposed to her following the 2007 season.  Stephen and Hallie officially married on April 19, 2008, and now have two kids together.  They have three kids together.  Their sons, named Slayden Kyle and Gannon William, and a daughter named Lyla.

Looks like that anatomy and physiology class paid off.  Hallie Gostkowski  continued that path, now working as a nurse in the greater Boston area. In the offseason the family enjoys traveling, specifically referencing Atlantis as a favorite destination.  Before kids, they wanted to travel oveseas to places like Italy, Australia, and South Africa.  But as a father of three kids under 5 myself, I know how those plans go once you consider the extra luggage on the trip.

In an interview with WHDH-TV in Boston, Hallie Gostkowski says the following about her husband:

I have 100 percent confidence in Stephen’s ability. It’s a talent that he’s blessed with. He’s not going to make every kick. I’m a nurse, I have bad days, he has bad days.

Those bad days for Gostkowski are few and far between.

Between the two of them, they’ve delivered a family mantra of giving back.  She, obviously professionally so, you know,… saving lives and all.  And of course Gostkowski helping to deliver two (or more) Lombardi trophies to Pats fans.  But, while we of course recognize the folly of that statement, giving back goes beyond that.  The kicker talked to ESPN about visiting children’s hospitals to meet and greet with patients and fans. 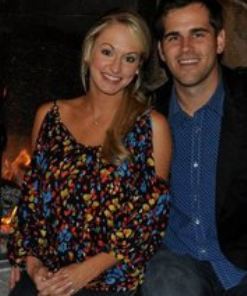