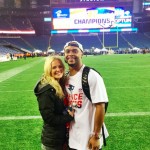 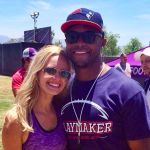 Ironically, Shane Vereen’s girlfriend Taylour Rutledge is from Seattle. It’d be amazing if she was a die-hard Seattle Seahawks fan, but I promise you she is not. She wears Patriots jerseys all the time, and she even sends her nephews Shane Vereen jerseys back home in Washington. Why anyone would want a Shane Vereen jersey is beyond me, but hey he’s still a pro and they do make his jersey to buy so why not. Sorry Shane, but after the Pats’ game against Indy, I’m taking Blount’s jersey every time [Editor’s note: Shut Up dude. I have a Vereen jersey. And I choose him a thousand times out of a thousand. You my boy Shane-O-V]

Vereen and his girlfriend Taylour recently attended a charity football camp for kids where 130 kids came out and tossed the old pigskin around with Shane. It had something to do with Boston’s Children Hospital, as I understand it. It also featured a pretty solid photobomb picture with Shane Vereen’s girlfriend Taylour Rutledge giving a classic smile and hug to Shane and a guy in a hat in the background giving a Dracula look. Every sunny, perfect Twitter account like Taylour’s needs one of these to add flavor.

“Sunny” is exactly how I’d describe Taylour Rutledge. Every photo features her having a blast in various places with various friends. The couple recently took a trip to some tropical destination (I believe it was Cabo San Lucas) and did the whole nine yards: snorkeling, golfing, sun-tanning, etc. Looking over her Instagram, I’d say it’s Taylour’s ambition to be the perfect blonde. There’s not one bit of sass or attitude in the whole collection of photos– just photo after photo of her smiling and brightening up the picture. She’s perfect, I tell ya’, and it turns out to be a really dull collection of photos for someone who doesn’t know her, but if you do know her it’s probably great because a lot of her friends are featured in various getting-together types of shots. She’s a people person. 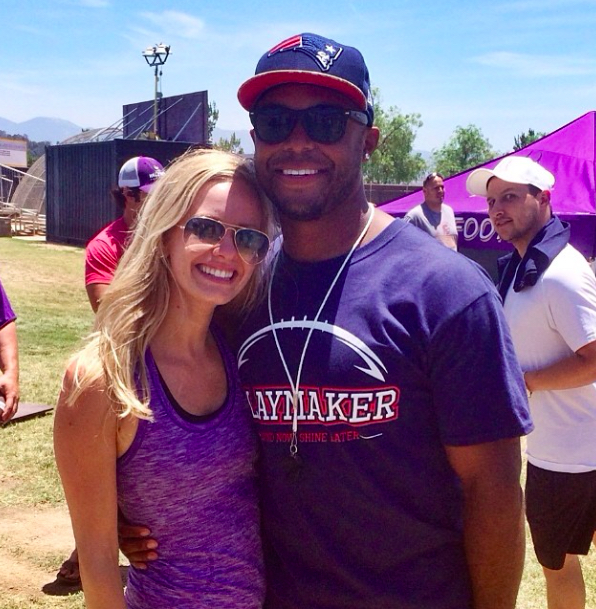