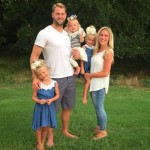 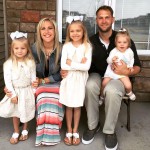 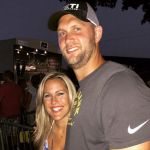 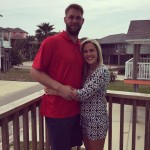 Scott Chandler’s wife Alissa Chandler is the mother of his their three daughters and someone who appreciates history and old stuff. She was recently quoted as saying how much she was loving all the old homes in New England now that the family is moving there. She’s said that “home isn’t a specific city but rather the place where all of us are together again.” Seems like a very good outlook for an athlete’s wife, as they tend to travel and move a lot. Alissa’s also a fan of UFC and a Ronda Rousey supporter. She even read her memoir and said she was a “fan for life” of the world’s most dangerous woman.

If you’ve never seen an athlete’s wife who is totally focused on her man, Scott Chandler’s wife Alissa Chandler is a good example. She, like many proud and supportive wives, retweets everything and anything about her husband that she can find online. Much of the other things she posts are simply about how much she misses him and how little she and their daughters get to see him. She says “ten years later and he still gives me butterflies” when she posts an interview from patriots.com where he’s just saying stuff like “we want to work hard and win games.” Patriot player interviews can be the most boring thing on the planet because they never say anything you haven’t heard one million times already. When it comes to player interviews, I think people would love to see the players’ current emotional states before or after a game.

The family rented a monstrous truck in order to move out of Buffalo and into New England. Their three daughters, Lyla, Vayda and Ivy, are getting used to the moving lifestyle even though they’re very young. Two of them are not even in kindergarten so it doesn’t matter quite as much. Scott Chandler’s wife Alissa Chandler said, “Buffalo you will always hold such a special place in my heart.” That may be the first time anyone’s ever said that about the city of Buffalo. You may be overdoing it a little there, Alissa. 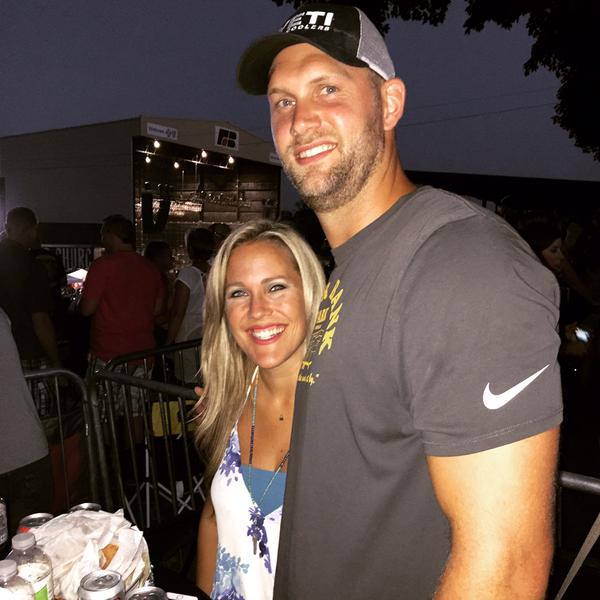