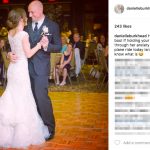 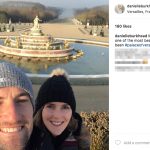 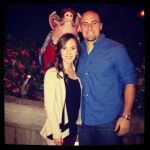 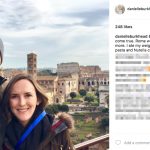 Rex Burkhead’s wife Danielle Burkhead married him in 2014. She posted an anniversary message to him in February of 2017 and thanked him for his support. Apparently she suffers from anxiety when she flies in planes. Her thanks were in response to his holding her hand during those flights. This couple loves their outdoor activities. Last year, they traveled to Utah for some high-quality skiing. That trip also included some tube rides down the slopes.

Of course, this couple owns a dog whom they anthropomorphize completely. The dog’s name is Sadie and they refer to it as their child with fur. We’ve seen this before.  A young married professional sports couple with a “fur baby”.  Once they establish a little more consistency, babies often follow quickly thereafter.  But, while it certainly appears this couple will soon have a child, we can never be sure. Rex Burkhead’s wife appears to possess strong maternal instincts and a drive towards motherhood.  Maybe a nice four year deal in New England would help drive some stability towards parenthood?

They adopted the dog, and they nursed her back to health after she suffered a fever when they got her. I wonder if the Burkheads take Sadie on hikes because I know they love to be in the woods on adventure trails when they have free time. When the season isn’t in full swing, they like to get their exercise on trails. Sadly, in January of 2013 their previous dog, Charlie, died. I don’t know the details but I think he died as a puppy because Danielle posted a picture of a young fluffy pup. Always sad to hear.

The entire time Rex Burkhead’s wife used social media, she has been with Rex. I believe they met in college, but I can’t confirm that. They married in 2014, so it may be safe to assume they dated for awhile before the wedding. It appears Danielle attended Nebraska at the same time Rex did, so it would be a near certainty they dated in college. Danielle doesn’t overtly list her college on social media, but her photos include all kinds of Nebraska gear.  She’s also quick to tweet about Texas A&M often on Twitter.  She’s affiliated with a Christian media outlet, Trinity Broadcasting Network.   Not entirely clear what her association is with the organization, but the Burkhead family has been interviewed and featured in videos.  If we ever do find out her alma-mater, we’ll be sure to update it here! 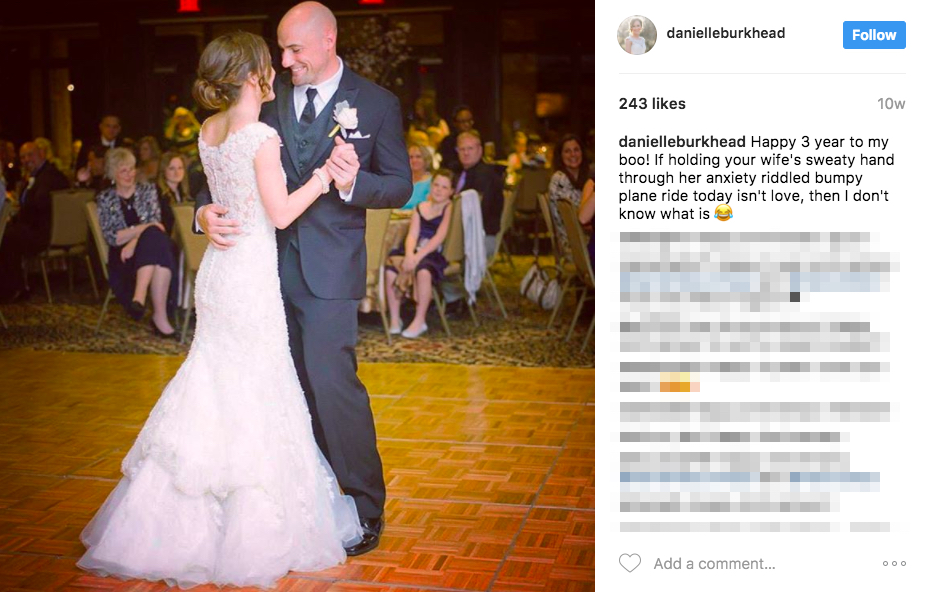