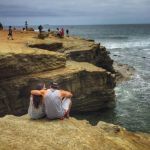 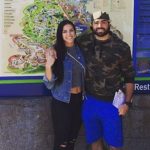 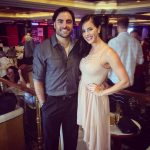 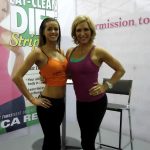 Nate Ebner’s girlfriend Chelsey Walton is just the kind of girl you’d expect a rugged beast like Nate to end up with. She’s gorgeous, has a dazzling smile, and will enchant you if you look at her for more than one second. Chelsey has her own health blog, where she once wrote about Nate’s training regimen. She lists her hobbies as, “nutrition, cooking, exercising and wellness”. She lists her goal in writing the blog as hoping to “motivate and inspire you and I want to help you achieve your goals in any way that I can”.

Earlier this year, they both spent a few days on something called the Buckeyes Cruise for Cancer. They were looking live movie stars aboard a sea-faring vessel that raised money for cancer research.

Chelsey Walton chilled with Nate in San Diego this July 4th at the tide pools there. Nate Ebner’s girlfriend Chelsey spends a lot of time in New England. As a result, chilling in San Diego is a refreshing change of pace. In the offseason, San Diego makes for a great place to spend time. Another great place for these two to spend time in this summer is Rio De Janeiro! There is a lot of overlap between American football and international rugby. As such, it’s an easy transition for Nate to slip onto the national rugby team. I don’t know all the rules to rugby, but I’m sure with some study you could learn them in a few weeks and internalize them.

Being a pro sports girlfriend and Olympic ride-along is perk central. During the offseason, Nate Ebner’s girlfriend Chelsey went to Disney Land in Anaheim as all sports couples should do. Any time he’s got to be away with his team, he talks about how much he misses her. Based on the chemistry they show on his social media, I have a feeling this couple will get married. She’s very into the relationship too. Training for the Olympics with the US Rugby Team has been tough. The couple has had to be away from each other. There’s no way Chelsey is going to miss watching Nate plow into dudes when it’s time to get the games going! 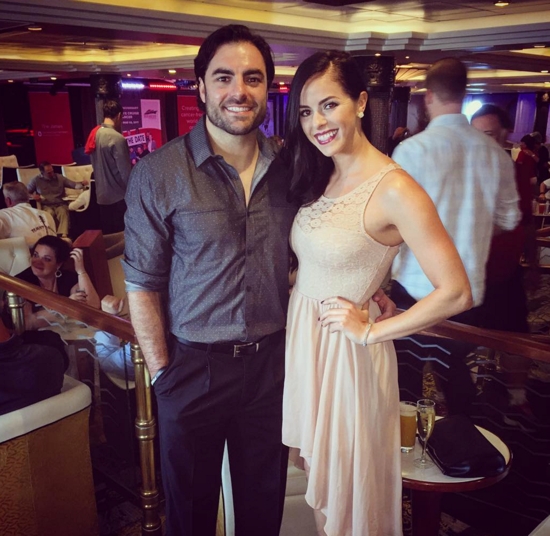