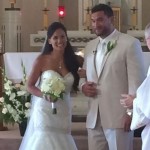 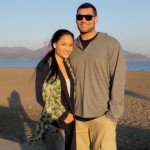 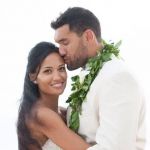 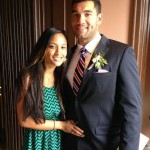 Michael Hoomanawanui’s wife Cari Hoomanawanui chose to adopt his last name after they were married, much to my chagrin. It means I’ve gotta’ type it out instead of her former, more compact last name Kalama. Hey, sometimes it’s good to switch things up, and this isn’t as big a switch as you might think. We could just refer to Cari as Michael Hoo-man’s wife, but we’ll see how our spelling goes from here. Cari Hoomanawanui is from Hawaii and her parents are natives, and even though Michael grew up Illinois, he sure does have a Hawaiian sounding name.

Michael Hoomanawanui’s wife Cari Hoomanawanui got married on July 12 of 2014, and she was sure to update her facebook page the day it happened. Like many player wives, she does not respond to her friends comments on her photos. She’s too busy living it up to fiddle with facebook too much. Cari really doesn’t update her feed too often. You’ll get one or two pictures per year, and they’re generally always with Michael. One charming photo is her tugging and warring with the couple’s dog, a pitbull. For a long time, Cari lived in Venice Beach, California, and her relatives would ask her how she’s doing and all that. Now, I get the sense that they spend their time in New England because of Michael, but I can’t confirm that’s where they live.

Incidentally, Cari also took part in the visit from player wives and girlfriends to the Boston Children’s Hospital. She was right there alongside Sebastian Vollmer’s girlfriend Lindsay Force, trying to make kids with illnesses feel less ill. I’d bet money that she also partook in the mini-fashion show that the Patriots organization threw. Now Michael Hoomanawanui’s wife Cari Hoomanawanui just has to cross her fingers and hope all goes well for the Patriots as they head into a Super Bowl amid pretty silly “controversy” after alleged football deflation. Cari laughs at such trifles. 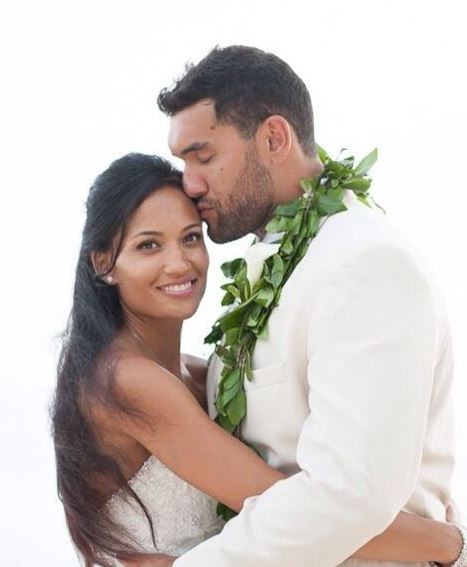