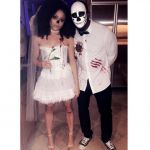 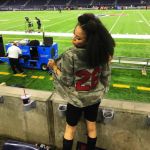 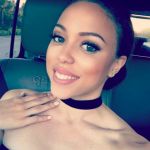 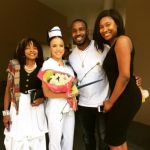 Lamar Miller’s girlfriend Jess attended Florida International University and was a track athlete. They started dating in the summer of 2009, and this became apparent after I saw that the summer of 2013 was their four year anniversary. That means they started dating when Jess was eighteen years old because she is current 25. In fact, after years of study, she became a registered nurse on her 25th birthday! That day came in July of 2016.

Lamar Miller’s girlfriend Jessica is one of the good ones.

Jess really is a beautiful and smart woman. She has a great energy about her, and she posts a good variety of things on her social media. In June of 2016, Lamar and Jess traveled to Costa Rica for vacation, and Jess tried a zip line for the first time. Prior to that, she moved to Houston to be with Lamar, and she now works at a hospital there. She still has a lot of friends back in Miami, and they go there to visit. I can tell Lamar Miller’s girlfriend enjoyed Leonardo DiCaprio’s speech at the 2016 Oscars. She posted it in its entirety on her social media.

It’s fun to look at Lamar Miller’s girlfriend on social media because she drastically changes her hair styles every few months. She has had every kind of hair style imaginable. Her favorites are cornrows and bunny ear pigtails. One of my favorite quotes of hers is: “relationships are just two people constantly asking each other what they want to eat, until one of them dies.” If she made that up herself, nice work. I also love her quote about the secret of success being found in your daily routine. She seems to be smart and self-aware. She tried smoking cigars last year and really disliked the taste, but she said there was a first (and last) time for everything. Jess is also a firm believer in voting and frequently urges people to vote on her social media.

Girlfriend, no more.  It’s time for a new status.

Let’s try on Lamar Miller’s fiancee for a while.  How about Lamar Miller’s wife?  Because those two monickers are the new normal for these two.  In May, 2018, Lamar and Jessica got engaged after their long romance.  No word on a wedding date, but it’s a comin.  Congratulations to the happy couple! 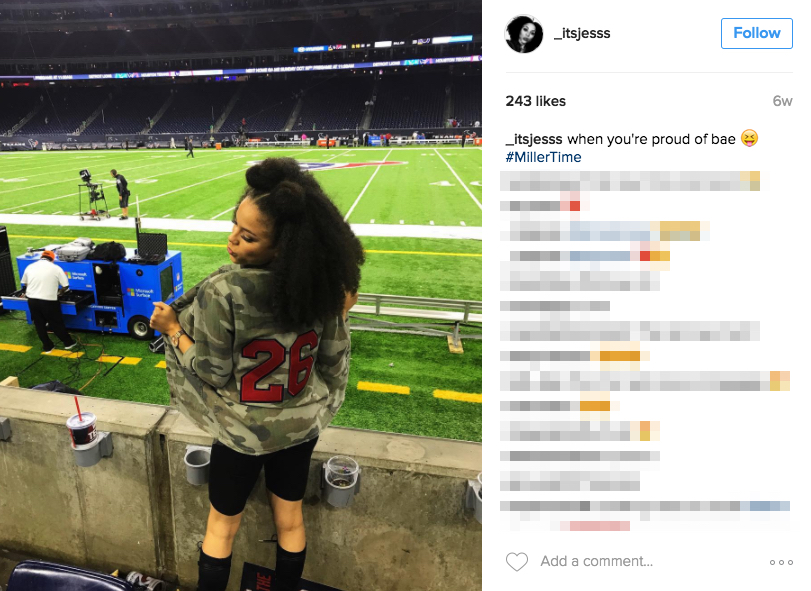