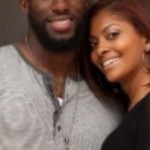 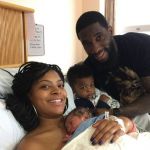 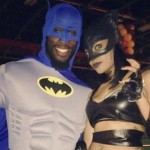 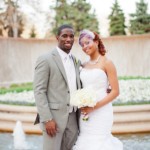 Kyle Arrington’s wife Vashonda Arrington just had a baby a couple weeks ago. It was still 2014 when the child was delivered, but it may have even been the last few hours of the year. There was a picture on Twitter posted by the New England Patriots on December 31 of them in the delivery room. Prior to that, there were plenty of pictures taken of Kyle and his pregnant wife Vashonda. One of them included Vashonda in a bra and Kyle without his shirt on. I don’t understand why this is done at all, but it’s a timeless photographing tradition to have both parties take their shirts off in order to show an intimate connection between the husband and pregnant wife. Some pregnancy photo shoots (not Kyle and Vashonda’s) take it a step further and have the couple get naked. I have no comment on that.

Back to Kyle Arrington’s wife Vashonda Arrington! Vashonda went to high school with Kyle but didn’t talk to him much at all. They only really started to hang out after they both graduated from college in 2008 and were kicking it with the same group of friends. Kyle asked Vashonda out on a date in 2010 and went to see some movie called “From Paris With Love” and apparently kept their ticket stubs according to the Washington Post. The movie got some pretty bad reviews, but it’s cute that they kept the stubs.

When Kyle proposed to Vashonda in October of 2010, Vashonda first asked him if he’d gotten her father’s blessing before agreeing. That’s kind of a buzzkill isn’t it? Picturing this kind of proposal, especially since it was just the two of them hanging out in Kyle’s apartment in Boston, is pretty funny to me. They’re watching sports, Kyle hits the mute button, finishes up a can of Sprite, puts it on the coaster, clears his throat as he gets up from the couch, kneels down, and says “will you marry me” while the Celtics are still running around on flickering television in the background. I’ve actually never seen or heard of the “did you get my dad’s blessing” response before. It makes perfect sense as a response, but I’ve just never seen it. Anyway, they got hitched and went on a honeymoon to St. Lucia. Now they’ve got a couple of kids and a chance at a Super Bowl ring. Life is grand (provided you have clearance from the proper paternal authorities). 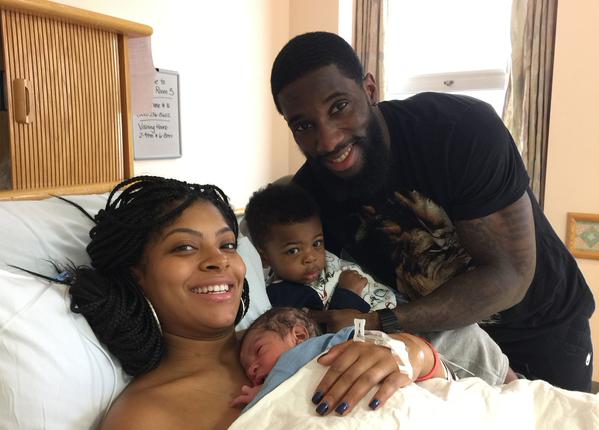