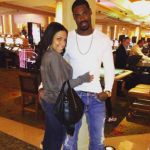 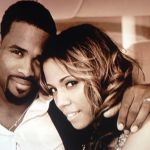 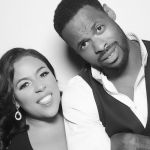 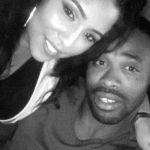 Kenny Britt’s wife Sabrina Britt is known for her strong will, and protective instinct. In a recent episode of Hollywood and Football, she told a woman to give her husband five feet. Actually, it started with five inches and then became five feet. I have my doubts whether half the show is real at all, but that’s the magic of “reality sports television.” Pro footballers and their wives now pull double duty as actors and entertainers as well as professional athletes. Kenny’s response was “we can still talk from five feet!” Hey, it makes for good television, I guess? If you’re looking for a PBS documentary about endangered birds, maybe keep flipping channels.

Another new adventure (besides thwarting young attractive girls from drawing Mr. Britt’s attention) is to find a house. They lived in a hotel for awhile with their two kids. They checked out one house with a $9,000,000 price tag. Kenny asked Sabrina if she wanted to be married to a mortgage, to which Kenny Britt’s wife responded that it was hard enough to be married to Kenny. Hey, a sense of humor is a great thing. These guys come up with snappy one-liners for the cameras.  And, let’s not lose sight of Kenny’s career.  The Britt’s have lived in Los Angeles, Cleveland, and now Boston in the span of a year.  But, with a two year Patriots deal, he may finally stay in one spot.

Kenny Britt’s wife was instrumental in his coming to the Patriots.  Like we previously mentioned, she’s a force in his life.  Britt explained his decision to come to New England,

“There were a couple of teams out there, but me and my wife wanted to go at this point in my career to a place that was the right fit for me. This has always been a place in the back of my mind, that I would like to be.”

For Halloween, Kenny and the family dressed up as comic book characters. Kenny Britt’s wife dressed as Poison Ivy, and Kenny was the Joker. I joke about Sabrina and the dog’s name, but she definitely has a good personality. How could she not? Kenny can look for opportunities on television after he finishes his football career because they both have high charisma. 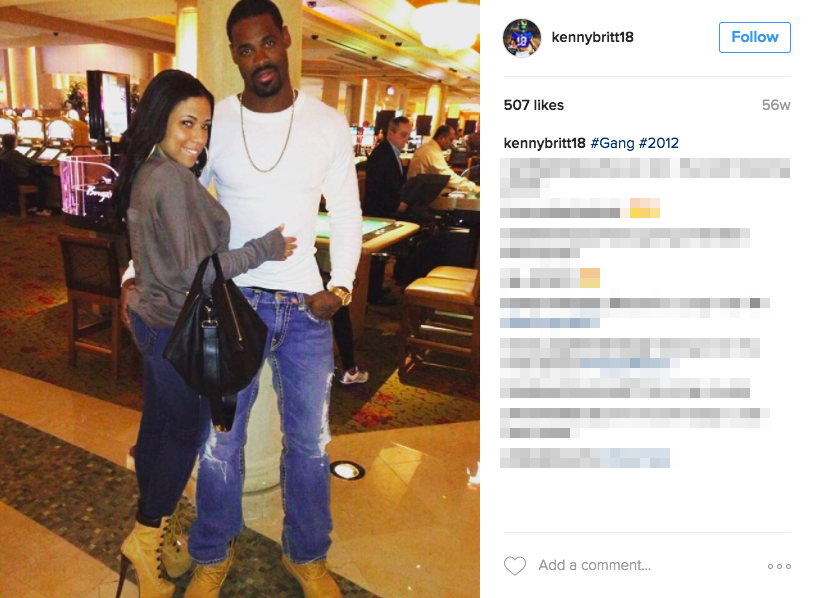