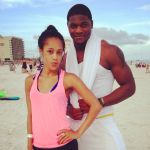 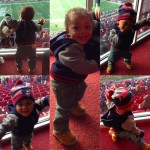 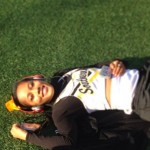 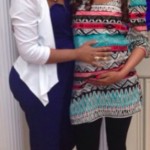 Internet forums are a total crapshoot in that the information you get from them might be helpful, or it might be totally bogus or unfounded, but it likely will lie somewhere in between. Jamie Collins’ girlfriend Casandra is one such curious case where the internet doesn’t know anything at all about her, but they still have nothing but nastiness to dole out at her. The forums that you’ll find with a quick search will lead you to a string of comments dating back a few years with all kinds of garbage, but from our angle Miss Casandra looks like she’s having a nice time in her life, and she recently had a child.

Little Jamie Jr. (as Collins calls him) was born on April 16 of 2014, and Casandra has been very busy with him and his photographs ever since. She’s taken a selfie with the young fella’, the two of them wearing snow hats and smiling. In another photo, a very skinny Casandra is seen at the beach, and she’s called “the devil” by Jamie– probably because her first name may start with a “Dev” like Devon or something. I’ve seen that before as a nickname adapted from a first name starting like that. The picture is a far cry from another one that Collins posted on his Instagram of Casandra showing her belly and Jamie saying that he was excited for the imminent arrival of his “brand new man and different aspect.” Jamie Collins’ girlfriend went to SMU (University of Southern Mississippi) alongside Jamie. I have no hard evidence, but I suspect that the one piece of information that the internet forums got right about their relationship is that they’ve known each other since high school, and so their attendance to SMU was not how they originally met and got together. Now Jamie frequently posts pictures of their baby boy (and seriously – the kid is cute man. No way around it) 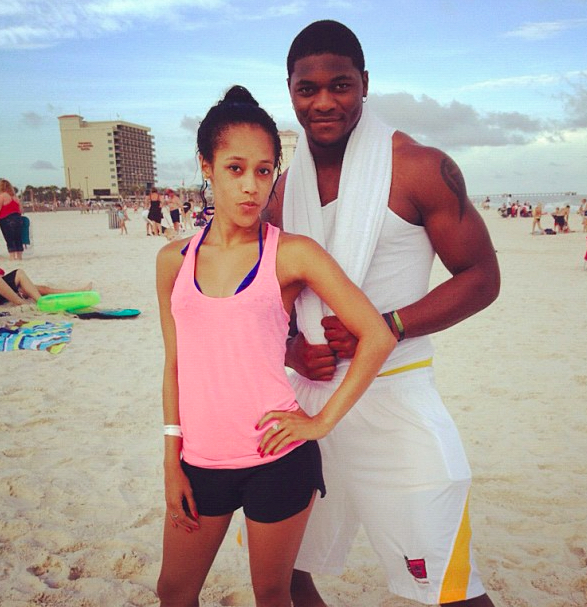