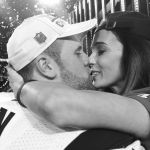 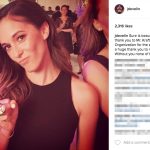 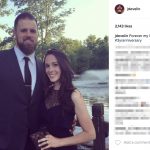 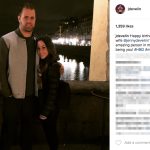 James Develin’s wife Jenny Develin just celebrated their three-year anniversary. The celebration came in July, which means they married in the summer of 2013. Since that time, they also welcomed their baby son into the world. His name is also James, and they call him Jimmy. Mr. Develin made a joke on social media with a picture of him in a suit as a presidential candidate. The couple surely enjoys their life as a newly formed family. Once you include a child into the mix, you are a family unit. James provides well for that unit too.

Develin refers to Jenny as his queen and attributes much of his success to her constancy and support. She looked great in a black dress when she showed off her husband’s Super Bowl ring. The ring itself was gigantic and took up most of her fist. James Develin’s wife goes out with him to restaurants for fancy meals when they can get a babysitter. It becomes more difficult to find the time to enjoy such activities after you have the first child, but its doable. Personally, I dig her sense of style. She prefers to wear simple, chic, casual outfits. James wished her a happy birthday in April and never misses a social media post to remind her.

The couple actually went shark diving in July of 2014. Of course, this was before Jenny gave birth to their son so such excursions were more commonplace. For their honeymoon, they escaped to a warm tropical Caribbean place. It looked like Atlantis in the Bahamas, but I can’t be sure. James also showed a picture of them on the beach in California, so perhaps their honeymoon location stayed continental. I can’t know for sure if Jenny shares the same interest in the military that James does. She did not fly with the Blue Angels in a jet aircraft, but he sure did! 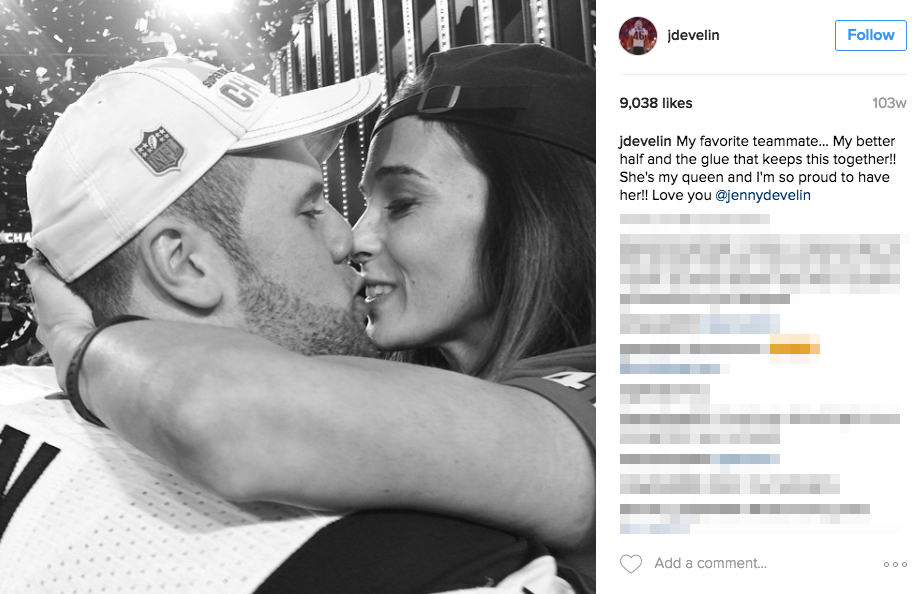