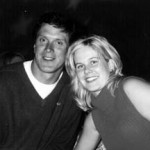 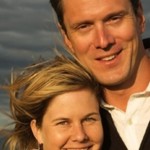 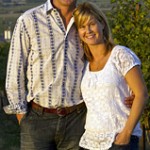 Drew Bledsoe’s wife Maura Bledsoe does not think that Drew Bledsoe was simply a rough draft for Tom Brady. While it’s true that Bledsoe sort of looks like a poor man’s Brady, he may end up being a smarter businessman than Tom himself. You can ask Maura about that, because her name was on a real estate purchase back in 2004 for a plot of land that is now worth $10 million. Of course, they put a ton of money into the property by building a sprawling mansion on top of it, but I am guessing they will still come out far ahead of their investment.

Maura has popped out four lovely mini-Bledsoes in the past decade. She’s also taken part in, you guessed it, charity events and benefits sponsored by Bledsoe’s wallet and the lovely community of Bend, Oregon, where their family lives. Drew’s wife Maura also oversaw Drew’s venture into the winery business, which he started immediately after he retired from football. It was apparently a seamless transition because they’d been planning to go into the wine business for some time with their friend Chris Figgins.

Ask Maura to pop you a bottle at their sprawling estate, and I’m sure she wouldn’t mind. The couple is very proud of the wine, and it has recently placed 53rd overall in Wine Spectator’s “top 100 wines.” I’m sort of a wine guy myself, and I may have to go pick me up a bottle of the stuff. In addition to being what she calls the “family taxi,” Drew’s wife Maura is a member of the local Family Access Network board, which is a community organization that helps poor families find food, shelter, clothing, and if they’re very very lucky maybe some nice bottles of wine? Come on, Maura, you know you’ve got four-hundred cases of the stuff in your basement. 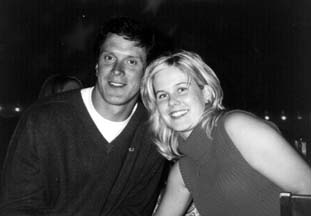