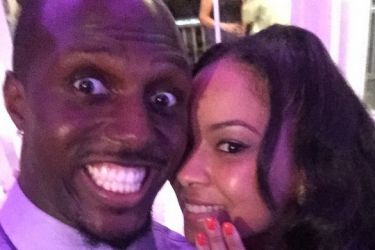 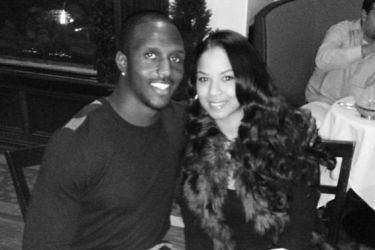 Devin McCourty’s wife Michelle McCourty is formerly Michelle Powell.  Devin McCourty is as likable a guy as you’ll see in football, and definitely a fan favorite in New England.  Michelle has been in the picture for a few years now.  She definitely seems to have a handle on one of the best safeties in the league.

Devin posted a pictures of his wife on Valentine’s day eating cake and listening to Beyonce, and he said “she ain’t thinking bout me lol.” I think the McCourty twins have some of the best sense of humor in the game. They’ve constantly got smiles on their faces and jokes to throw around. Devin McCourty’s wife seems to be the serious one. With him around, it’s pretty tough not to be the serious one.   She smiles, but she’s much more aloof than the twins. Michelle used one of those Normatec heated blankets that players use to relieve their cramps. Devin found her in it when he came home from practice about two years ago. Just one of the many perks of dating a pro footballer, I guess.

Devin McCourty’s wife Michelle goes to all his games, which helps “the doc,” make necessary diagnoses.  And while that’s a quaint nickname husbands and wives may trade, it carries weight this time.  Michelle is in fact a Medical Doctor.  She was an emergency room physician working in New Jersey when we last knew.  The family does have a house in New Jersey, a short drive from Rutgers where Devin played.

Devin popped the question on May 23, 2015 in Disney World. The ring is huge, as expected, though it’s just a small chunk of Devin’s $47.5 million contract.  The pair was married in April of 2016 and had their first kiddo in March of the next year.  Their daughter Londyn came during a flurry of Patriot kids being born.  Less than a year later, the family proudly announced their second one was on the way.  They put up a very cute picture on Instagram highlighting the news.  This family is knocking down life’s dominoes in the very traditional order.  Congratulations! 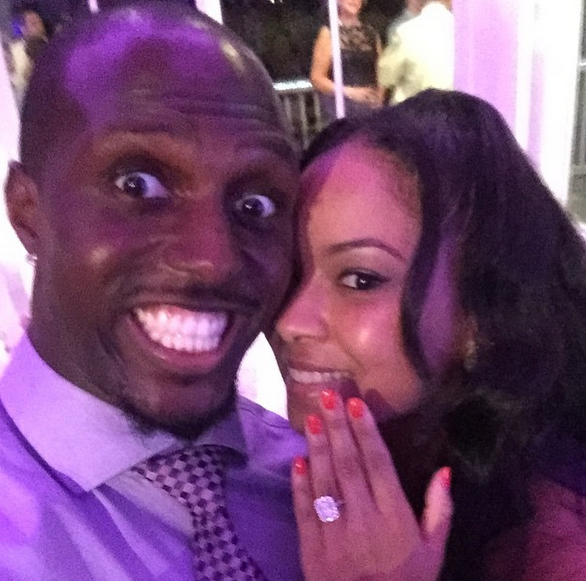