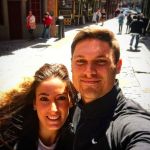 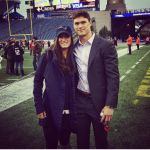 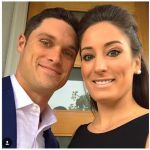 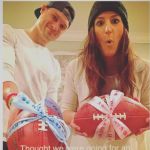 Chris Hogan’s wife Ashley Boccio has a stressful life.  Look, we’ll be honest.  We’ve written almost 4,000 posts on the life and times of the spouses of professional athletes.  And while we’re certainly not insinuating WAGs don’t work outside, many of them spend their time on part time endeavors.  Personal blogs, small start-ups, stay at home mom, taking extra classes, charity…. you get the picture.  But when it comes to Ashley?

That’s right folks, we got a doctor in the house.  In addition to balancing being the wife of a NFL player, Ashley is about to finish her residency. Last year, Chris addressed Ashley directly on social media and thanked her for dealing with his career choice. The Boston Globe recently did a profile on the couple.  Chris was not shy to let it be known how much he appreciates everything she does.

“Ashley’s made countless sacrifices, put up with me being all over the country, training camps, being away six months of the year. I will never be able to repay what she’s done for me in my career.  On the flip side of things, I know how hard this woman has worked from Day One to get to med school, studying through the night, all week, every single day, to pass all her boards, all of her exams, get to residency, work like a frickin’ dog, 24-hour call a couple days a week, weekends, she just does it.

“You’d look at her and never know what she does, how easily she handles it. She works very hard in her profession, is very good at what she does. I support my wife, I want her to have a career. I want her to be happy, to have success at what she does. It’s hard for us, being away, to balance having twins, dogs, the house, the list goes on and on. But at the end of the day, she’s worked so hard to get where she’s at, I would never ask her to give that up. If anyone was to give up something, I would give up something to sacrifice for her to be able to live her dreams. I couldn’t be more proud of her and what she’s accomplished.

Did You Catch One Detail He Slid In There?

Twins folks.  Twins. In addition to Chris living in Foxboro six months a year, and Ashley in residency, they have twins. Chris Hogan’s wife gave birth to Chase and Parker Hogan in March of 2017, just a few weeks after his first Super Bowl title.  Nice stretch, huh?  Sports Illustrated did a photo narrative of a typical day together.   The whole family looks like they just enjoy being together.  Something to be said for that.

In addition to their human babies, the couple also has a great life with their two giant dogs. They formerly lived outside of Buffalo.  In September of 2015, Chris and Ashley traveled to London for Vacation. Chris documents their time together on social media fairly rigorously.

HOW THE HELL DO THEY DO IT?

It already sounded like a fairly heavy workload.  But, twins can only make it crazier. To become a doctor is no light task, say nothing about a hectic schedule with a pro baller of a husband. She’s definitely focused, and determined though, so if anyone can make it work, Ashley can. The couple eats very healthy and also work out often. This couple believes strongly in health and fitness. Chris displayed his supplement cabinet which he also credited Ashley for making space for in the kitchen.

In January of 2015, the couple traveled to San Francisco for a vacation. Rarely do I see an NFL player who documents his relationship so thoroughly. Chris Hogan’s wife is lucky to have a professional athlete so devoted to her. They bike together, hike together, and run together outdoors on trips. In July of 2014, they traveled to New York City. Chris asked her to marry him there. He documented the occasion, of course. Actually, I think it’s possible their time in the New York City area lasted a lot longer than your average vacation. They spent the off-season in New York while he played on the Bills. It’s a smart move. 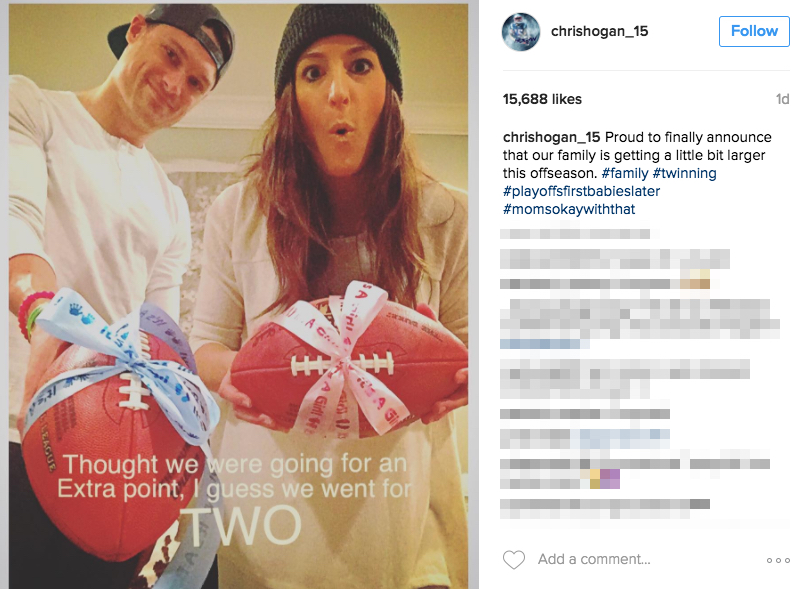