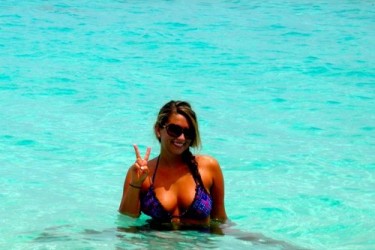 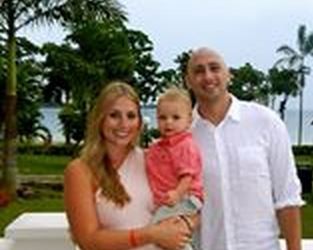 Brian Hoyer’s wife Lauren Hoyer is a native of Moore, OK. Brian and Lauren returned to Oklahoma to help with cleanup efforts following a tornado that hit Moore in May, 2013. Hoyer told the Chronicle-Telegram why he went back:

Very, very fortunate to have no injuries and everybody’s safe. Obviously damage. I know it’s tough, there’s so much devastation. But just to do my part, I feel like it’s the right thing to do, especially when it hits close like that with your wife’s family.

Brian Hoyer’s wife attended Saint Ignatius High School in Cleveland, OH. She was in Ohio at the same time as Brian, which is where they met. Their first date was as the second half of a double date. Mutual friends introduced the pair and insisted they go on a date with them. The four went to a baseball game. Brian and Lauren have been together since then – no word on whether the other couple remains together.

Brian and Lauren Hoyer married in 2010 at The Glidden House in Ohio. They couple has two children together. Their son’s name is Garrett  and their daughter, Cameron, was born in 2013.

Hoyer spent the first three seasons of his career backing up football royalty in New England. Hoyer spent a few weeks in Pittsburgh in 2012, before finally getting a late season start for his third team on the season, the Arizona Cardinals. The Lakewood, OH native Hoyer did enough to convince Browns management that he was capable enough to back up Brandon Weeden. After two underwhelming starts for Weeden to begin the 2013 campaign, Hoyer finally got his shot. The loudest person in the stands that Sunday against the Minnesota Vikings was definitely Brian Hoyer’s wife Lauren Hoyer.

It’s amazing how life comes full circle.  We’re updating this post for the first time in seven years as Hoyer gets yet another crack for the Patriots.  Amazing how things all return to where they began 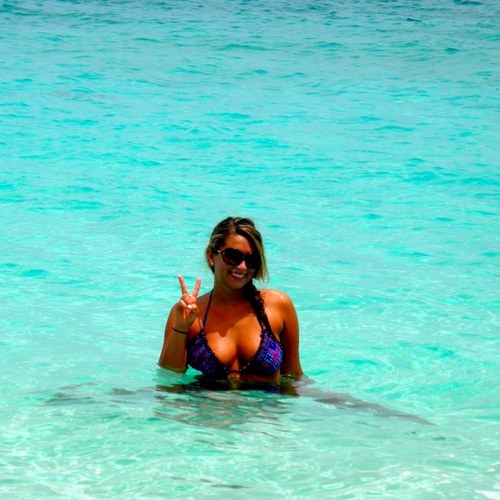