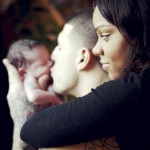 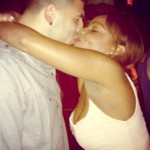 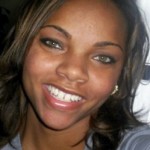 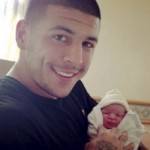 UPDATE: 7/3/2013: The mysterious case of Aaron Hernandez’ girlfriend Shayanna Jenkins goes even deeper. TMZ is now reporting that police responded to calls about an alleged domestic disturbance at the Hermosa Beach apartment that Hernandez was renting in June 2012. While neither party opted to press charges when police showed up, neighbors reported that this wasn’t the only time something like this happened.

Aaron Hernandez’s girlfriend Shayanna Jenkins graduated in 2007 from Bristol Central High School along with Hernandez. She currently resides in North Attleboro, MA, presumably in the same residence that the police have been searching. The couple was engaged as of November 2012, but not word on whether they were ever official married.

Aaron and Shayanna have a daughter together, Avielle Janelle, born in November of 2012. Hernandez gave an interview around the time his daughter was born and addressed how he thought his behavior had to change:

Now, another one is looking up to me. I can’t just be young and reckless Aaron no more. I’m gonna try to do the right things, become a good father

It’s pretty clear that he never put too much stock in that.

UPDATE: 6/29/2013: The Patriots have announced a jersey exchange program set to take place July 6-7 at the Pro Shop. Anyone who has a Hernandez jersey and no longer want it (who we would assume to be just about everyone who owns one) can trade it in for any jersey of equal or lesser value. Though I can’t see her actually doing it, I’m thinking that Aaron Hernandez’ girlfriend Shayanna Jenkins has plenty of Hernandez jerseys. Maybe she should think about doing it – might help her public image.

UPDATE: 6/26/2013: By now we’ve all seen and heard about Aaron Hernandez’s arrest and charge in connection with the murder of friend Odin Lloyd. However, during today’s arraignment and bail hearing, Aaron Hernandez’s fiancé Shayanna Jenkins was brought up specifically. Prosecutors argued that Jenkins was fully cooperating with police during initial interviews, but this process was interrupted when Hernandez told his girlfriend to stop talking to the cops. With Jenkins being brought up this early in the pre-trial proceedings, you can expect that her relationship to Hernandez and Lloyd will be fully scrutinized, and not out of the realm of possibility that she is called to the stand. To be clear, Shayanna Jenkins is not Aaron Hernandez’s wife. If she knows anything. it will be interesting to see if the prosecution can force Aaron Hernandez’s girlfriend to testify against him without her protection from Spousal privilege. A quickie marriage may answer some questions about whether or not she knows anything….. Keep it here for more…

UPDATE: 6/22/2013: News continues to pour out regarding the murder of Odin Lloyd and the connection to Aaron Hernandez and his fiance Shayanna Jenkins. As police have continued executing search warrants on an almost daily basis at Hernandez’s mini mansion, speculation and circumstantial evidence continues to mount against the Patriots Tight End.

By now most of us have heard about the fact that Hernandez and Lloyd were hanging out the night before Lloyd was killed and that surveillance footage shows the two together in Dorchester approximately an hour before gunshots were heard by neighbors near where Lloyd’s body was recovered and a mile from Hernandez’s home. There’s also the news of Hernandez destroying his cell phone and home security system while also hiring a cleaning crew to scrub down his home the morning after the murder took place.

There’s still plenty more evidence to come forth, but many continue to return to the connection between Hernandez and Lloyd and ask the questions. While Hernandez and his friends have seemingly been tried, sentenced and executed by social media, there’s still plenty more to come. What happened in Dorchester, and between the time they were seen and gunshots rang out? How much of a part did the sister of Aaron Hernandez’ girlfriend Shayanna Jenkins and her dating relationship with Odin Lloyd play into the events from the early morning of June 17?

For their part, the Patriots have created distance between themselves and Hernandez (something that Aaron Hernandez’ fiance Shayanna Jenkins might want to consider), turning him away from team facilities when he came to work out on the morning of June 20, while his white Audi was followed by news helicopters. There’s still plenty more to come out, and while things certainly seem bleak for Hernandez, there’s yet to be comment from him, his camp, or the New England Patriots.

UPDATE: 06/19/2013, 12:00PM: Things continue to develop and likely cause more concern for Aaron Hernandez’s girlfriend Shayanna Jenkins. According to reports, the victim in this case is Odin Lloyd, who also happened to be dating the sister of Jenkins. While Hernandez has not been ruled a suspect, most current information as reported by WBZ-TV says that Hernandez has not been ruled out as a suspect yet, either. WBZ is also reporting that Hernandez has remained uncooperative despite investigators being on his property for hours and removing a box from his home. More information is sure to come out on this one, and we’ll stay on top of it. 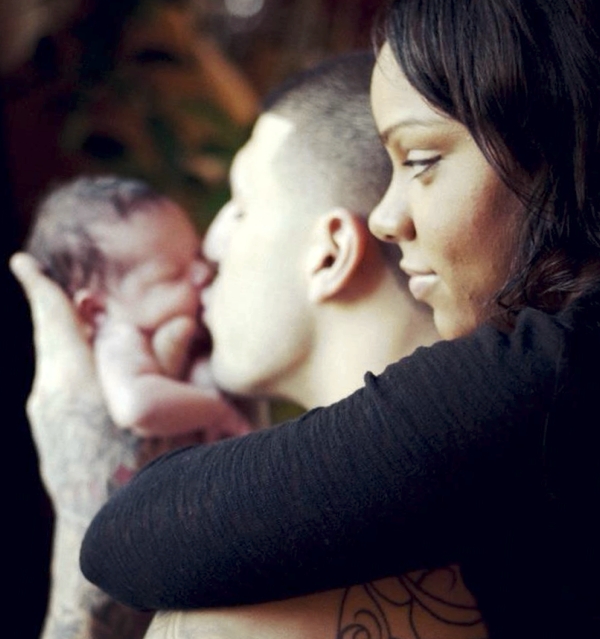