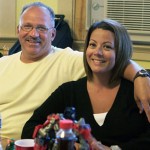 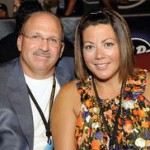 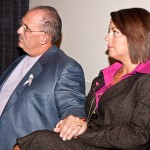 Tony Sparano’s wife Jeanette Sparano is the only woman he ever dated. Seriously.   Tony Sparano dated exactly one person in his life.   I suppose that’s what happens when you meet your and begin dating your future wife at the age of 16, and she 13.  With Sparano’s sudden and unexpected on July 22, 2018, one can only fathom the pain Jeanette Sparano is experiencing.

After seven years of dating, Tony Sparano married Jeanette in 1984. In a profile piece on ESPN.com, writer Matt Mosely recounts the story of their engagement:

He [Tony] arranged to propose to her [Jeanette] during a Central Park carriage ride, but she became ill.

As the two drove toward a party on Christmas Eve in 1983, Jeanette was upset about being sick during the holidays and also not having something new to wear. As usual, Sparano had a plan.

“I have something beautiful for you to wear,” he said as he slipped an engagement ring on her finger. When they married a year later, Jeanette remembers her mother saying, “I love him. Don’t screw it up!”

27 years later, and it looks like Jeanette has heeded her mother’s advice.

Tony Sparano’s wife did everything to help him climb the football ladder.

Coaching isn’t an easy gig, especially at first.  Long hours.  Low pay.  A ton of competition.  And when you add it all up, a coach’s wife is possibly the most important thing in the coach’s life.  And Tony Sparano’s wife is no exception to this rule.   She held down various jobs to help the family stay afloat, including a legal assistant, and working in a dentist’s office.  It all paid off when he reached the top of the coaching ladder in the NFL.

“Whether she was talking to the president of the United States or the third-string guard’s wife, she’s going to treat everyone the same,” said Pete Rossomando, who played and coached under Sparano at New Haven. “She’s just a really, really special woman.”

Tony and Jeanette Sparano have three children together.  Sons Tony and Andrew both played football at the University of Albany, and daughter Ryan Leigh.