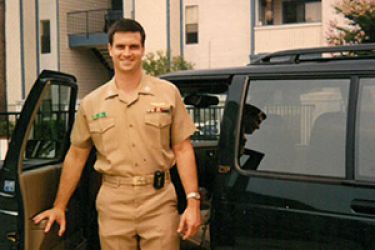 Mike Priefer’s wife Debbie Priefer predicted his future job before he knew it. He used to be a lieutenant at Navy. He decided to take a big pay cut to coach at Youngstown State. That was a long time ago. However, Mike seems to think about some things the way people in the 1800’s did. For instance, he allegedly once said that homosexuals should be rounded up, put on an island, and nuked until the island glows green. He said that in front of a bunch of players, and the players admitted he said it after he denied it. Pretty strange stuff, Mikey. So he sounds like a scary, weird, angry, retrograde guy. He even fired a special teams guy because he is supports same sex marriage. Let’s concentrate on his wife, Debbie, shall we?

They met in Atlanta when he was in flight school. She refused to give him her number several times. Maybe he freaked her out with his philosophy on cleansing the world of homosexuals? Mike Priefer’s wife never actually gave it to him, but her friend sure did! They started a long-distance relationship after that. Eventually, they married and popped out four kids. The media coverage that followed Priefer after his hateful remarks towards homosexuals was pretty intense. It bothered Debbie quite a bit, apparently. Mike shrugged it off and said “they don’t know me”. He cast himself as the victim, naturally. “That was the tough part for me, to see my wife and four children go through that.” Yes, that tends to happen when you start spouting hateful nonsense.

Mike Priefer’s wife Debbie is a native Georgian who grew up with three other brothers. She attended the University of South Carolina. She stays well away from social media and doesn’t like media attention. I wonder why? 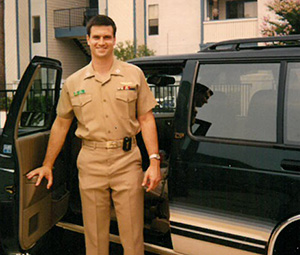