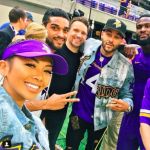 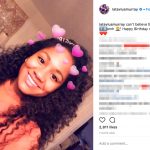 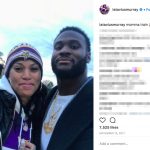 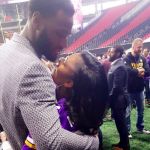 But, the reality is, with a new fanbase interested, there’s one question we’re seeing on the regular.

Who is Latavius Murray’s Girlfriend?

Like we said, there’s been minimal information about her.  In our pursuit to figure out who is Latavius Murray’s girlfriend, we did learn more about the veteran back.  Now, we’ve seen some of his teammates to be incredibly private. Jerick McKinnon is one of the least revealing players we’ve ever seen. And while he’s not nearly as private as Jet McKinnon, there’s still not a ton.

That’s not to say that a former girlfriend hasn’t been a factor in the past.   Murray considered leaving UCF to transfer to Syracuse.  Which, unto itself isn’t the end of the world.  Players transfer every year.  But what is unique is that Murray was headed from Orlando to Syracuse….. for a girl.  For his part, Latavius denies it.  But both his coach, and mom seem to be on the same page.  From the Orlando Sentinel article above, Latavius Murray’s mom seems to have sage mom-like insight.

“Well yeah, Coach O’Leary told you that? Yeah, there was something like that. You know, when the girls get involved their mind gets all boggled up, but he got all that straightened out.”

Back to current day.  Using social media to glean more about Latavius Murray’s girlfriend is a failed pursuit. Yep.  We’ve got the one image of her.  But beyond that, bupkis.  About the man, there’s still plenty to learn.

Murray is a proud older brother, often showing off his younger sister on Instagram.  Mom is a driving force in his life, which he doesn’t even remotely deny. He often shares pictures of his family who he clearly loves and respects dearly.  From what he shares publicly, he’s a better son, brother, uncle, friend than most of us.  Whoever Latavius Murray’s girlfriend is, I’m sure she recognizes the same.

As the Vikings run through the playoffs, we may get blessed to see more of her in a confetti shower. Celebration proposals are en vogue nowadays. Time will tell if another one is in store here. 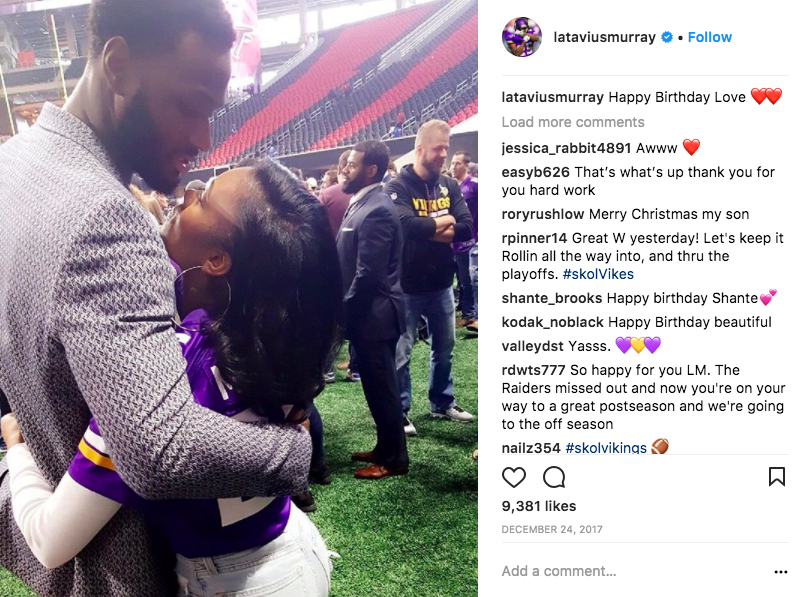