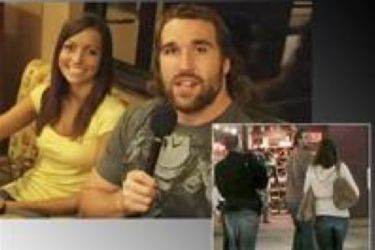 Jared Allen’s wife Amy Johnson Allen is a good woman.  Normally a proposal is surrounded by a ton of fanfare, where a happy couple then calls everyone they collectively know to proudly announce their news.    When you’re hitching up with Jared Allen, you probably expect the unexpected.  And nothing says unexpected like having a giant diamond slid onto your ring finger immediately before the groom to be hops into his pick up truck and leaves for a hunting trip.

Certainly, Jared Allen’s wife Amy Allen knows how to roll with the punches.  The former Viking and Bear DE has landed himself in Carolina and on the verge of a Super Bowl.  The infamous pre-hunting-trip question paved the way for a May, 2010 wedding.  The couple has since had two daughters.  Brinley Noelle Allen was born on October 27, 2011.  Their second daughter was born just before the start of the Bears 2014 training camp.

While it’s fun to joke about Jared Allen’s level of romanticism, don’t mistake it for not loving his wife.  The truth is that Jared Allen’s wife is a very strongly defended when he sees the necessity.

A little buzz stirred in the summer of 2010 when a TMZ video showed Allen launched into a ragelike state after a bar patron reportedly called his girlfriend a word that starts with ‘c’ and ends with ‘unt.’   I doubt that I would have responded any differently.  And while we’re not taking up the charge that violence or aggression are the answer, we are saying that sometimes a-holes need to be reminded that sometimes there are consequences.

I’m sure we all remember the mullet phase.  And the only person capable of taming the party in the back would be Jared Allen’s wife.  In advance of their wedding, Amy was able to convince Jared to clean up the “2-r-party  in the back” (his description of a mullet).

A solemn Allen surmised simply, “The things men do for love.” 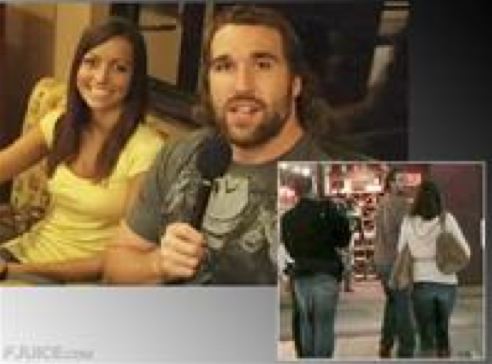