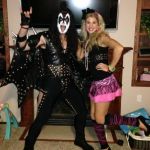 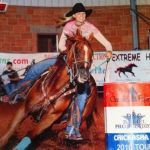 Brian Robison’s wife Jayme Robison was at one time a professional barrel racer, which I believe we’ve run across once before on playerwives, but I can’t recall who it was. Anyway, since you probably have no idea what barrel racing is: it’s when you ride a horse as fast as you can through a course made up of barrels. It’s pretty cool, and it’s way more interesting than dressage. There’s no jumps involved, but you can’t have it all. Those days are long behind her now that she’s had a little daughter with Mr. Robison.

The couple also have two dogs, Maddie and Drake, both small black terriers. They don’t get much airtime on the Robison Twitter feed though. Brian Robison’s wife would tell you without hesitation the one thing– that one activity– that dominates his life outside of football. That activity is undeniably fishing. You have never seen a football player whose as big a fisher than this guy, and Jayme herself is not a fan of the activity. Almost every single picture in his Twitter feed is him holding up a fish that he caught. How often do these two see each other? The guy’s always away fishing in the offseason! He does, of course, make plenty of time to get together with the fam and go on vacations. Jayme and Brian took their daughter on a trip to the beautiful Bahamas to that super resort called Atlantis, which I’ve driven by on a speedboat before. It’s pretty impressive. It’s sort of like a small town with a huge hotel and water slide.

Of course, now that you know about Brian’s fishing obsession, it won’t surprise you to know the family owns a boat. It’s mostly used exclusively by Brian, but Brian Robison’s wife isn’t totally out of the picture. On the contrary, she does all of his business negotiating along with his agent. It was written about in the Star Tribune how she’s a tough negotiator and did all of the tough contract work. Aside from that, she looks great as a Kiss fan– the couple dressed up as Gene Simmons and a groupie on Halloween back before they had their daughter. Gotta respect a committed Halloween costumer. 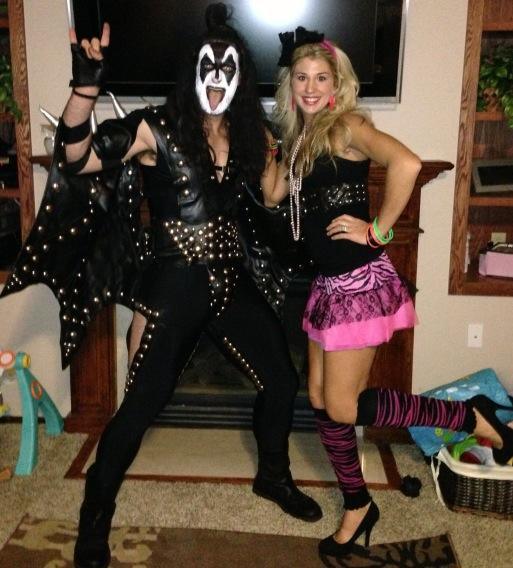